The heady combination of the relentless passage of time and plain old life in general have lead me to what just a few years ago would’ve been an unthinkable place: Living in a SCART-less home and without the time, space, energy, or plain old money to keep shelves of increasingly esoteric consoles, computers, and PCBs all nicely set up and ready for what in reality would amount to ten? twenty? thirty? minutes (if I was very lucky) of retro-tastic action.

Modern gaming hasn’t fared much better for me either as being able to find the time – real time, where I can sit uni- [literally interrupted for half an hour here] -nterrupted for as long as a game dictates between permanent save points – happens roughly… never. That never happens. I’ve heard about it though, the mythical unicorn known as “Time to do something without distractions”. Sounds nice.

So for a long time now I’ve been using gaming laptops to try and find a happy place that balances modern gaming with practical accessibility, and to some extent it’s been working: There’s no doubt that I’ve got more modern gaming done on my laptop than all my consoles combined in the past decade – fantastic, in a sad sort of way. But even when there’s been a will and a way it’s still a struggle to play these wonderful games as intended, and I often have to leave them running idle in the background or break them down into a thousand tiny portions, stolen at random during another busy day. Chipping away like this does work but something’s definitely lost in the process, and no matter how many games I beat this way I’m still acutely aware of the gulf between how I’m “coping” with them and how they’re supposed to be experienced. 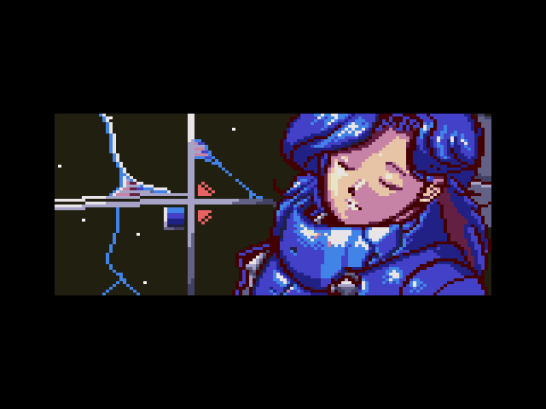 Luckily for me when one door closes you can usually find an open window lying around somewhere, and so I’m stepping into 2019 with more focus on what I can play rather than fighting for a brief and possibly unsatisfying session on something that I can’t.

And that means handhelds.

Now the Switch, 3DS, and Vita are all excellent portables stuffed to the gills with games I adore – play Splatoon 2 on a train! EX Troopers on your lunch break! Phantasy Star Online 2 in the bath! (please don’t play handheld games in the bath) – but as the laptop struggles described above have hopefully shown it’s not enough simply to be “hardware you can carry around”, it’s still a square peg in a round hole. We’re at the point now where these handhelds have more features built in as standard than we’d ever dream of asking from a console just two generations ago, but rarely are games for these systems built with the needs of the on-the-go/time-poor gamer that might naturally gravitate towards these devices in mind.

So when I say “handhelds” I’m really talking about “pre-GBA” formats: The original “brick” Game Boy, Sega’s Game Gear (fun fact: On good batteries I can get more gaming time out of that than I can my phone), the best colour Game Boy Color (translucent purple, like you didn’t know already), and to round out the AA-dependant portable family;  the Neo Geo Pocket, WonderSwan, and even my mysteriously-still-working-since-Christmas 1990 Lynx (Hey! The Lynx has some great games!) too.

Which isn’t to say I’m retreating entirely from modern gaming, old consoles, or that this is going to turn into a tedious post about the superiority of Ye Olde Waeys: Modern technology and game design trends have brought a lot of good to gaming! I don’t want to live in a world without Lost Planet 2 or Devil Trigger on repeat again or any of the incredible indie titles that would struggle (“dead in the water” is probably more accurate) to get through the traditional publisher vetting process.

However it’s not unfair to say that there’s been a change in the way we’ve been asked to play over the years, the best way I can frame it is as a kind of pressure to perform. Whether that’s passively through worldwide leaderboards and achievements or directly through competitive online play and streaming; it feels like there’s always something that’s checking up on you and asking how you’re doing, how well are you doing it, and why haven’t you cleared all of this precious content yet, to the point where I find myself wondering that if I can’t get a game done then perhaps I’m wasting my time.

I really dislike that feeling, especially when it’s coming from what is supposed to be a pleasurable (and expensive) activity I choose to spend my free time on. It’s also the wrong way to think about these things, even when you’ve got a mountain of unplayed games leering at you from their infrequently-dusted shelves. “Time you enjoy wasting is not wasted time” as the saying goes, and that is what makes these little self-contained islands of gaming such a perfect fit for me right now, their straight-to-the-point arcade-like priorities putting just a button press or two between myself and the action.

It wasn’t until I seriously say down and played for a while that I realised how far I’d strayed from this classic gaming mindset: “Level 1 again? But I did that weeks ago! Why should I do something I’ve already done?!” But when you start to remember that it’s built into the basics of the game I found it relaxing and actually pretty liberating, even when I wasn’t making that all-important progress. I’m completely off the hook, the vast majority of these old portable games neither knowing nor caring if this was my first go or my hundredth, and equally not caring if I force my way through for the sake of seeing the credits or if I switch it off in a few seconds because the kettle’s boiled. I’ve redisovered something I’d forgotten I had, and that was being free to play until I’ve stopped having fun.

So here’s to 2019 and a new, more relaxed, way of playing! Welcome back to the late 80’s/early 90’s and all of those “little” games that serve a separate purpose to the usual console fare. Let’s celebrate those imaginative and experimental titles that try to do so much with so very little!

8 thoughts on “Old is the new new”