Unless something’s gone very wrong today is the first of October and that means it’s time to put this video on loop, only eat food that is orange, green, or marshmallows made to look like delicious human brains, and play an unhealthy quantity of creepy themed games. What is October if not the time for wading through icky pools of pixellated ick and turning the brightness up on your TV because nobody actually likes getting eaten alive just because some level designer put a brown monster in the shadowy corner of a dark room?

Now if I was attempting to ape those cool people who are able to feed themselves off the back of their considerable writing talents (it sounds weird but I have heard hushed tales of places that pay in things other than “exposure”) I should probably be all “Yahoo, Silent Hill 2‘s brilliant isn’t it? Look at all that symbolism! Can’t move for the symbolism in James’ dog-controlled waking-nightmare-purgatory-hellscape adventure, can you?” and then follow it up with “Here’s an article on how Resident Evil 4 single-handedly revived all of gaming, taught me to love again, and fixed the hole in my favourite pair of socks”. It’s popular stuff that’s all completely true (apart from the love and the sock bit… and Resident Evil 4 reviving all of gaming)… and has been done to death at least a million times over already. 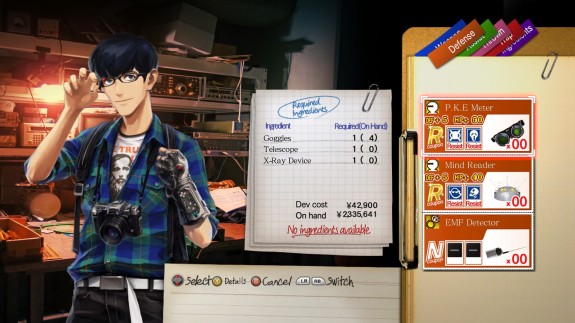 Which isn’t a problem if you have the writing chops to offer a fresh and entertaining look at a famous classic! Bad news: I do not have writing chops. I don’t even like Resident Evil 4, which is something of a hindrance at this time of year in what could generously be described as my social circles. So! I thought it was better to have a go at something else: Avoid the well-worn big names altogether and instead take another look at some of my favourite horror/horror-themed games that all sit somewhere on the gaming consciousness scale between “Good but rarely discussed” and “You bring shame upon us all for even mentioning its name” – one was simply forgotten, one was never remembered in the first place, another was largely disliked for not being something it was never supposed to be, and the last one seems to get everyone all caught up on one problem that really isn’t the game-breaking issue it’s made out to be – and then with my hand on my heart make a genuine case for the defence of every last one of them. Oh and squeeze in some similar-but-different bonus articles too if I can find the time to do them, just for fun.

So don’t take this month’s not-so-secret selection of alternative horror games as some snooty spookier-than-thou list that’s meant to usurp the usual recommendations: For heaven’s sake go and play some Death Mark, Fatal Frame, Corpse Party and all the rest if you haven’t already done so – but do also try and make time this month for something that might be considered a little “lesser” or more unusual if you can: Have a go at one of the Echo Night games, or finally get around to playing that Sweet Home translation, or steel yourself for Haunting Ground‘s unique take on survival horror (so long as you don’t mind having nightmares for a week afterwards) – when you’ve got a whole month to fill up with spooky fun it seems a shame to spend it retreading the same old safe ground on the horror hamster wheel.