“If everyone hates it so strongly then there’s got to be something to it.”

I used to believe that. It sounded reasonable. It even seemed logical in a cause-and-effect sort of way – if a game’s consistently getting a load of negative press and vocal whinging from long-term fans then it can only be because the quality’s not there. Was I going to part with new-release money just to see if a tidal wave of opinion was off the mark? Was I heck!

I eventually picked up Resident Evil: Operation Raccoon City in a Steam sale at a price so low I’m sure I’ve paid more for a single cup of coffee, and even then I only picked it up because it was the last Resident Evil thing on Steam I didn’t own at the time. So I gave it a quick go because it was sitting right there and…

I couldn’t stop playing until I’d finished it. Then I went through the extra DLC bits. Then I roped a friend into playing it with me and – [gasp] – we’re still on speaking terms. I thought it was really good fun. Not that oh-so-trendy “Let’s laugh at this terrible thing” sort of “fun”, not “Well I’ve bought it so I may as well make the best of it” fun, but just genuinely having a great time.

So what happened here? 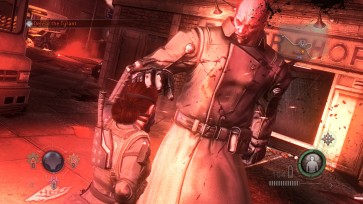 Operation Raccoon City came out in 2012 – the same year as the stunning Resident Evil: Revelations on 3DS. It had been several years since Resident Evil 5‘s release, fans still vehemently insisted Resident Evil 4 was the last true game in the series, and there was a general grumbling about Capcom tinkering with the IP and throwing out scraps that weren’t even survival horror themed instead of busying themselves with creating “real” Resident Evil games (never mind that Capcom had been regularly diverging from the typical Resident Evil template for twelve years by that point. Resident Evil: Survivor was the first, and a game that’s surprisingly close to playing like a first-person take on a classic Resident Evil title once you get used to it).

Hang on a minute – what is a “real” Resident Evil game anyway? According to Capcom’s own sales figures both the critically-adored GameCube remake of the original Resident Evil as well as the visually remarkable Resident Evil 0 were outsold by the tepidly-received PlayStation 2 port of Resident Evil: Code Veronica – a re-release of a Dreamcast game that’s most notable for having an extra scene where Chris tries and fails to whack Wesker with a pole. So that’s classic Resident Evil off the cards – everyone insists they love it, yet somehow nobody (relative to other games in the series) was prepared to go out and part with money to play it.

How about 2009’s Resident Evil 5, the “meme-riddled Resident Evil 4 knockoff” with “unwanted co-op” tacked on? I’m sure you know that one – it’s the best-selling Resident Evil game of all time, after all. It’s the one title that has sold more copies than anything else Capcom have ever made bar Monster Hunter World. But fans don’t like that one. It’s too action-orientated. The cutscenes are stupid. And nobody likes playing co-op games anyway.

I believe laying out the clear differences between the general opinion of these titles and Capcom’s reported sales figures goes some way to demonstrating the impossible situation Operation Raccoon City found itself caught up in: Partly due to the series’ own long-standing high profile successes and utter domination of the genre it helped to establish, partly due to people just being people, the collective gamer opinion was that they definitely wanted more Resident Evil, but Not Like That (“Not Like That” when your niche is feeling over-saturated and not listened to is of course code for “Absolutely anything you try to offer us”), and the kind of Resident Evil fans said they wanted was the sort of thing that tended to, even when it was some of the very best examples of its genre ever made, did OK-ish at the tills. 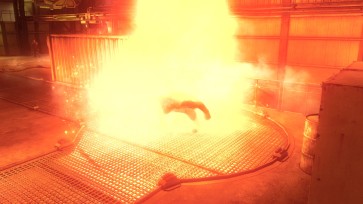 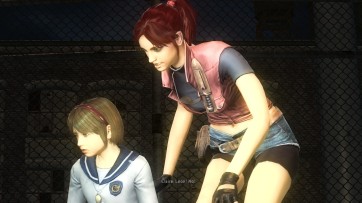 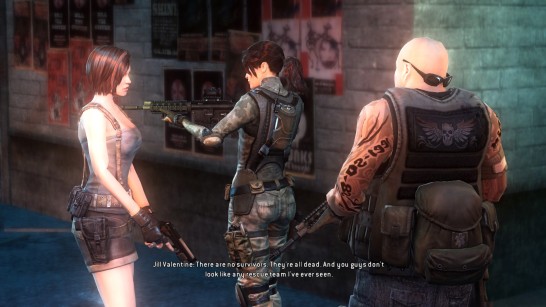 Here’s the weird thing about all of this: Operation Raccoon City is not a failure. As of June 2019 (here’s another link to those sales figures) it’s Capcom’s twenty-third best selling title ever, currently one place above Devil May Cry 5.

The fact is Resident Evil has always been whatever the person in charge at the time fancied having a go at and far from being an issue I’d actually consider it proof of the series’ core strengths – to think the basic concept of “Creepy adventure game with zombies” is elastic enough to cover anything from episodic dad-centric titles to first-person shooting, VR-compatible reboots, the always welcome Mercenaries mode, theme park attractions, and even a literal musical while still remaining unmistakably Resident Evil-y? That’s incredible! The series really can be anything it wants to be, and that includes being a cooperative team-based third-person shooter.

It’s fair to say that Umbrella-organised gun-heavy mass zombie slaying is going to be something of a mood-killer for a typical spookytimes two-bullets-three-zombies-oh-no sort of game but going for all-out action makes complete sense within Operation Raccoon City’s setting (remember, this is a fan-favourite framework Capcom established themselves fourteen years earlier in their internationally beloved and multi-million selling Resident Evil 2): Your technically-evil cleanup team have been dropped right in the middle of a city overrun with monsters and Umbrella are busy unleashing even more in a desperate bid to wipe out survivors – of course it’s going to be a big ball o’ shouting and chaos out there. Far from being a shallow attempt at making for a more casual-accessible shooter it really captures the feeling of being caught in the centre of this unprecedented disaster; everything’s noisy and broken and unpredictable – even the reliability of your increasingly agitated support back at Umbrella Corp.

But it’s the little details that really show how much effort was put into the game: It’s hearing your highly-trained team of Umbrella specialists referring to enemies by their official laboratory codenames rather than screaming “ZOMBIE SHARK” or “Oh heck don’t eat me!”, it’s instantly knowing where you are within the RPD because the location’s been modelled with such painstaking accuracy you recognise the stuffed tiger outside Chief Irons office or the balcony in the main hall without even thinking about it, it’s the wide-eyed excitement of realising exactly where you are in Resident Evil 2’s timeline as Hunk calmly fills you in on the plan to confront Dr William Birkin and retrieve his G-Virus research before it gets into the “wrong” hands. Just about every major event in Resident Evil 2 and 3 is represented here only instead of retreading too-familiar old ground as the usual heroes you’re seeing things from the other side of the fence – and Umbrella aren’t known for putting worker safety first…

If you don’t know or care about the small differences between half a dozen zombie and Hunter variants beyond how much of a grisly splatter they make when introduced to a grenade launcher there’s still a good shooter lurking at the game’s core with some fantastic horror-infused twists to keep you on your toes. There’s an infection mechanic that operates much like the one in Resident Evil: Outbreak, where downed infected teammates will rise as ferocious zombies that must be (re)killed before you can bring them back in the usual “Hey, let me help you up” co-op kind of way. Close-quarters knife fighting is fast, fluid, and effective – you can even grab humans or ex-humans and use them as a macabre (un)living shield if you want to. Find yourself outnumbered, low on ammo, and running out of options? Shoot any opposing human in the stomach and there’s a good chance they’ll start bleeding profusely, making them utterly irresistible to nearby zombie hordes and creating an extremely useful distraction for yourself at the same time. Every scenario makes you feel like rather than being in perfect control on a neat-and-tidy mission you’re instead messily improvising your way through an ever-changing disaster, one where quick-thinking is at least as important as pixel-perfect headshots and leaderboard-worthy reaction times. Your AI teammates – often an easy target in negative reviews of any team-based game – are perfectly reliable too. As capable as an experienced human? No, of course not. Appropriately equipped and aware enough to make a positive contribution, for medic-class members to think to heal you when they’re able, for your computer-controlled squad to not drop dead the instant you stop babysitting them? Definitely. Actually you can forget the “As capable as a human” part – I know I’ve played cooperative games with real people who were less capable (and far less cooperative) than the AI in this game. 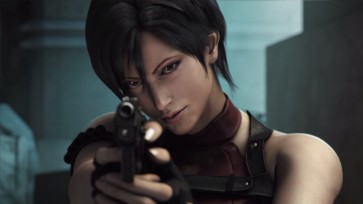 Action fans will find Operation Raccoon City an exciting game that’s keen on letting you anything-goes your way through encounters and rewards thoughtful (do not mistake that for “careful”) play – anything from taking out Nemesis to hunting down the latest traitor to the company. For fans of Resident Evil as a story and as a concept the game’s filled to the brim with a combination of immediately recognisable landmarks, monsters, and weaponry as well as lore so deep you’ll have to be the sort of person who can recall the dates on blood-smeared diary entries if you want to catch it all.

Please let me be perfectly clear here: I don’t mind that the entire world isn’t head over heels in love with the game, or that it isn’t blindly praised to kingdom come by everyone who’s ever laid eyes on it. Is it the greatest team-shooter ever, an infallible template that all successors should learn from, the true future path for all good Resident Evil games? No, it’s not. But I genuinely don’t understand how anyone could give Operation Raccoon City an honest go and say it wasn’t worth playing. This is a good game. Whether you feel “good” means “It’s OK enough” or “This is amazing” for Operation Raccoon City doesn’t really matter – there’s no question the game deserves better than the terrible reputation it’s been saddled with.