Think of portable Sonic and you tend to think of the classic Game Gear adventures, all hang gliding in the rain and a zone’s worth of bridge, or the later Game Boy Advance and DS titles with their new animal friends (there are always new animal friends), interesting Game Cube connectivity, and Jet Set Radio soundtracks. But there is, as a wise old swamp-living green ex-Jedi used to say, another…

Sonic the Hedgehog Pocket Adventure, to give the game its full and rather on-the-nose title, came out on the Neo Geo Pocket Color all the way back in December 1999 – roughly a year after Sonic Adventure was unleashed on Japanese Dreamcast audiences and about three months after the improved US version of the same game introduced Open Your Heart to English-speaking Sega fans. PAL gamers didn’t get a whiff of the portable title until early 2000, because even on a region-free format that boasts identical hardware worldwide with something that has about three full sentences of text all game there’s always some vague reason why PAL players must wait their turn. At least when Pocket Adventure finally arrived these latecomers could console themselves with the sight of their copies in the region’s exclusive and incredibly beautiful mini clamshell game cases, which are not only the best NGPC cases in any region, but the best handheld game cases for anything, anywhere, ever (good luck affording a game that comes in one these days though). 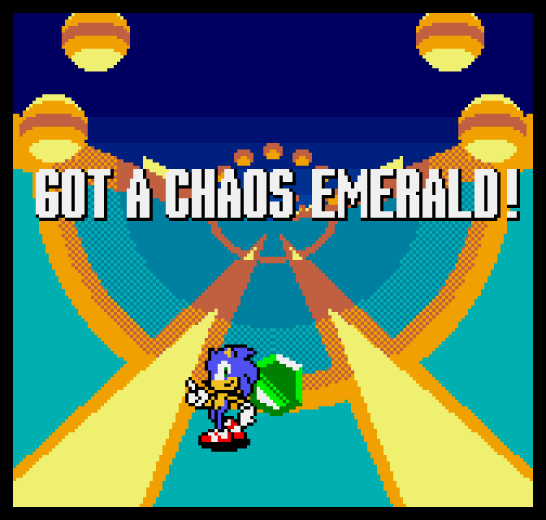 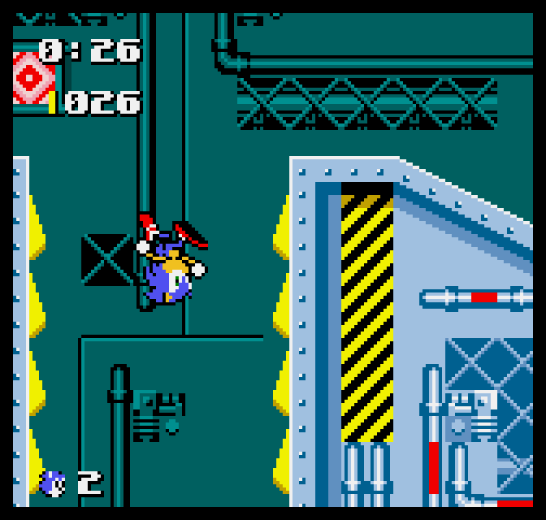 Just a quick glance at the images on this page shows a game that looks for all intents and purposes like a handheld version of my very first Mega Drive game, Sonic the Hedgehog 2, although if SNK had done something as relatively straightforward as shrink down Sega’s 16-bit classic then we’d be looking at a great but ultimately superfluous cartridge here, an old relic from a time when playing Mega Drive games on the go meant lugging around a Nomad and your body weight in AA batteries. What this is is far more interesting than a simple transfer: Pocket Adventure is essentially Sonic Mania eighteen years before that game came along and gave everyone a welcome jolt of pure nostalgia – a remixed mash-up of classic Sonic level art (there’s a dash of everything from the original Sonic the Hedgehog right through to 3 & Knuckles in there) with brilliantly beepy-boopy renditions of the best bits of Sonic 3’s soundtrack, including the frequently forgotten yet eternally fabulous versus mode exclusives, Azure Lake and Chrome Gadget. There are even touches of Sonic Jam dotted around here and there for the benefit of the both of us who still remember whiling away hours on Sonic World’s challenges and poring over FMV footage from previously unreleased Japanese TV commercials.

There was a real danger in revisiting old Sonic stylings at a point in time when Sega themselves were very keen on ploughing ahead into the future, and the game could have been a spectacular misfire for SNK’s team – by the time this came out what had once set the 68000 heart on fire had spawned far too many copycat mascots “with attitude” and Sonic himself had been conspicuously absent throughout Sega’s otherwise successful (Japanese) Saturn years, but the care and confidence on display here make the obvious reuse of older designs feel, as with Mania, as something of a warm hug from an old friend rather than a half-hearted reheating of past glories. 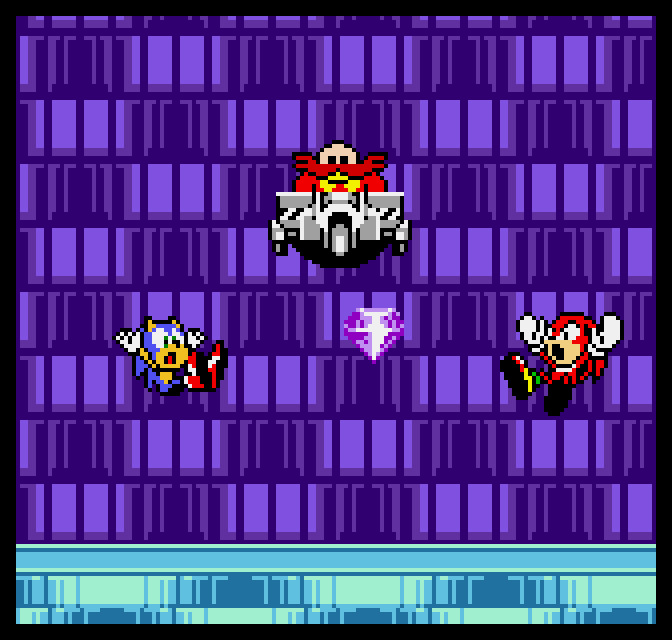 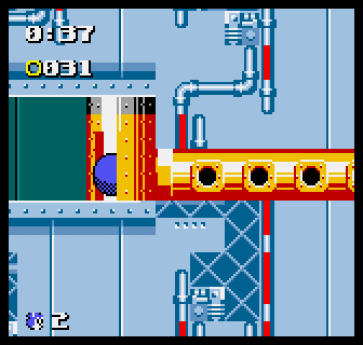 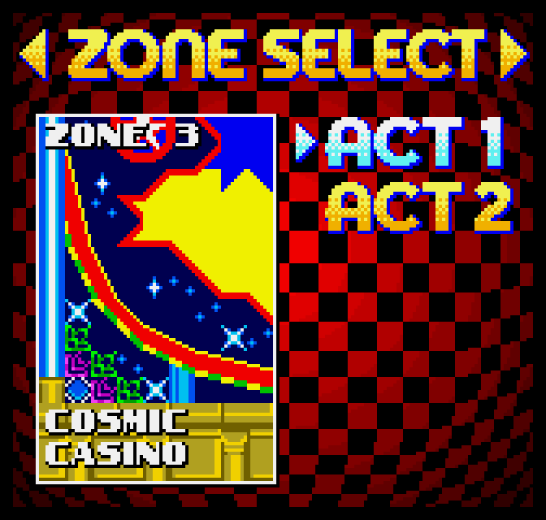 It helps that Pocket Adventure’s been built with short bursts of handheld play in mind: There are only nine zones in total (including the unlockable final final zone) – more than Sonic 1, but less than Sonic 2 – most of which have the now series-standard two Acts each. You can replay any zone already reached (à la Sonic 3) and they’re thankfully a well chosen bunch, all distinct from each other with enough classic gameplay variants (sky stage, water stage, tricky technical stage, and so on) to give both you and Sonic a complete workout. It does however feel inevitably a little disjointed for long-term fans of the Fastest Thing Alive™ as even with the perfectly reasonable continuity of the aeroplane bit leading to the airship bit leading to space before going on to, um, spaceier space there’s always that little voice in the back of your mind reminding you that in reality “That bit from Sonic 2” is suddenly jumping to “That bit from Sonic 3 & Knuckles” without even a flimsy time-travelling/dimension-hopping/whatever-the-heck-Sonic-Generations-was justification for any of it. Ultimately it’s hard to hold that against it when the overall package is so much fun – there are no tedious Oil Ocean zones here to drag things down – but it could have perhaps done without pretending that a heavily remixed Green Hill with music borrowed from elsewhere was an all-new area. The other slight issue is with everyone’s favourite plane-flying sidekick, Tails: He’s there! He’s playable! But… only in the 2P link up mode. Who has ever had two NGPCs, two copies of Sonic, a link lead, and a friend with an overwhelming urge to play Sonic Pocket Adventure right now? Nobody, that’s who.

All things considered though that’s honestly about the worst you can say about the game. It’s visually clear at speed, the NGPC’s clicky stick is as responsive and pleasurable to use here as it is anywhere else, and if you decide to take a breather from all that running around for a minute you’ll find a game packed with a level of detail that you really wouldn’t expect to find on handheld that was designed to compete against the low technical bar that was the Game Boy Color. Pocket Adventure still has tiny animals popping out of defeated enemies, idle animations, faux-transparent waterfalls and uses the best and most spectacular special stage type the series has ever seen (that’s Sonic 2’s tubes, if you were in any doubt). The extras are great too – there’s time attack tables for those moments when you feel like blasting through Acts as fast as possible and an all-new card collecting system that encourages not only repeat play but true exploration too, forcing you to try out new routes and access parts of the level you might otherwise not go out of your way to visit if you want to collect them all. The effort’s a worthwhile one: The puzzle pieces you collect from these cards act as a game within a game, a simple create-the-image bit of fun that rewards you with some excellent Sonic Adventure style pixel art at the end of it. It’s no earth-shattering addition to Sega’s winning formula but the game is better for it and I’m always disappointed by the fact that no later Sonic title has gone back to this lovely little idea. 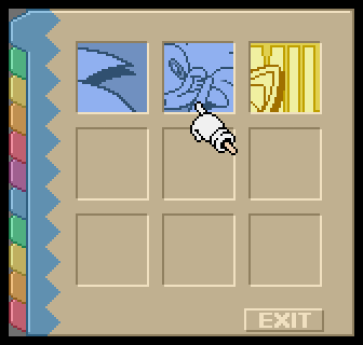 The NGPC library is something of a living masterclass in the art of the “demake” with so many famous entries in its high-quality selection distilling extravagant arcade crowd-pleasers down into equally enjoyable portable forms, and Sonic Pocket Adventure is no exception. Hugely successful on its first and only try, the game’s a familiar experience yet still manages to stand apart from the series the development team clearly loved, and well worth playing even in the wake of rebuilt classics, later handheld releases, and yes, Mania’s love letter to the Blue Blur too. Pocket Adventure’s a celebratory thrill if you’re already a fan of Sega’s chili dog munching needlemouse, a great introduction for anyone who’s somehow avoided him for the past twenty-eight years, and just the thing for NGPC fans who fancy playing something a little different from all of those wonderful SNK fighting games.

(Thanks to @HKT3030 for correcting the PAL release date in the opening!)

5 thoughts on “A byte-sized blue blur”