When you finally get tired of fighting tooth and nail to squeeze in the tiniest morsel of console gaming into your life and turn your attention almost entirely to handhelds you soon find yourself committing to memory the charge times and expected battery life of a dozen different devices and develop the ability to effortlessly pinpoint the exact location of every plug socket in a five mile radius with your eyes shut. Who needs to keep information like “We’ve run out of milk” or “It’s your mother’s birthday tomorrow” in their heads when there are handhelds silently blinking their low battery warnings at you from a shelf and rechargeables in desperate need of recharging?

Just another weird nerd thing for the nerd lady to fuss over, right? Right. Er, I mean wrong. In truth there’s some genuine use to be had from this information as it all has a direct impact on what you can play, when, and for how long: It’s the difference between the handheld you choose to take on a weekend away, the one you pull out at the beginning of a long train journey, the one you keep somewhere in the kitchen for a quick go, and one that much as you love it must be permanently tethered to a plug socket if you want to use it for more than five minutes. Personally I prefer plain old (rechargeable) batteries over more modern built-in alternatives because when those olde-worlde cylinders run out of juice you only have to pop in a fresh set and you’re immediately (and literally) back in the game, while charging cables seem to vanish off the face of the earth the instant you need one and you end up spending the next hour finding a cable that is very similar to, but not quite, the one you want over and over until you give up and order a replacement (at which point you are guaranteed to find the original). As far as I’m concerned they’re the technological equivalent of two socks going in to the washing machine but only one coming out or those mysterious pens you have never bought or been given but definitely live with you now. 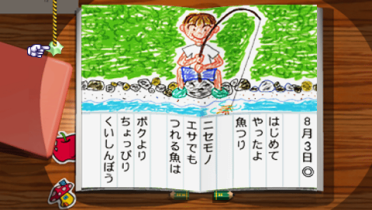 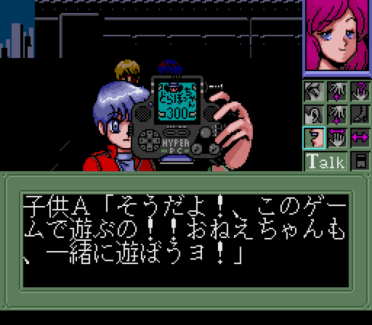 So with all this hands-on experience under my belt I thought the only responsible thing to do would be to pass along everything I’ve learned, hopefully helping everyone make the best battery-related choices for a cheeky lunch break session or an evening’s role-playing under the covers. Um, but not like that. The following list is ranked from the very worst offenders to shining examples of energy conservation based on my personal whims at the time of writing and backed up by absolutely zero amounts of careful research. You may notice how the devices below span a huge range of hardware generations and draw their energy from various incompatible and incomparable power sources, using those cells to supply handhelds that are not only physically different from each other but come loaded with distinct expectations from their users too. You might think this makes any attempt at comparing and then ranking these very different portables completely unfair and perhaps even a complete waste of time. You’d be right. I don’t care.

Dreamcast VMU: It’s dead. Right now? Dead. These things have never lived. Wait, what’s that? You just put fresh batteries in? BEEEEEEEEEEEEP It’s dead. You kept a spare set in your pocket to swap out? Dead before you screwed the cover back on. Blinked? Dead. Did you think keeping it slotted in a Dreamcast controller would help? Ha! It’s dead. Apart from that minor flaw, a screen that smears so much when things move even the N64 says “Hey, that’s a bit much” and having less on-board memory than a forgetful goldfish VMUs are absolutely fine.

Sega Nomad: Sega had such little faith in the battery life of this Mega 16-bit slab the holder isn’t even part of the main unit’s design but an entirely separate brick of a thing that attaches to the back in an unconvincing manner, looking for all the world like an ugly plastic limpet – a limpet so power hungry you don’t even want to put other batteries in the same room as it in case it starts draining those too.

Atari Lynx: Whether you’re dealing with the lengthy original or the chunky redesigned version of Atari’s well-meaning but misguided technological trailblazer you’ll find it hard to get batteries in, or out, of the California Gaming machine – and you’ll need to do both very often if you want to play more than a few quick rounds of Joust.

PC Engine GT: Do you long to play Hucards on the go and give yourself a heart attack at the same time? Then this is the handheld for you! The era-standard set of six AAs last as long as they do(n’t) in any other colour backlit gaming device from the early nineties, but in a hilarious twist anyone using rechargeables with the GT will soon discover that last bit of power causes the screen’s brightness to increase over time, and the first time this happens you won’t think “I guess I’d better get these batteries charged!” but “PLEASE DON’T DIE YOU COST TOO MUCH MONEY TO DIE LIKE THIS“. Fun for everyone!

Game Gear: It’s about as thirsty for batteries as Dracula is for buxom ladies, same as all the rest. This gets a higher position than similar handhelds because it doesn’t die in the sort of way that makes your heart try to escape your chest and also for neatly splitting its six batteries between two slots on either side, making it feel a bit like you’re carefully weighting a really posh gaming mouse. You’re not and never will because you spent all your money on spare batteries for your Game Gear, but it’s nice to pretend.

PocketStation: Sony’s little anti-VMU will last about a week if you don’t fiddle with it too much and just enjoy the flip-up control panel and pleasantly rounded feel of it (it gets extra bonus points for having a transparent variant too): Enough time to get some as-intended use out of it, but not quite enough to make you rush to replace its CR2032 unless you’re in the middle of a very important Chocobo World session (or any other PocketStation title).

DSi: In terms of raw hours-of-gaming-per-charge this is about on par with the PSP, but I  knocked it down a place because of that blinking I AM ALMOST OUT OF POWER red light business – it’s always irritated me, although I couldn’t really tell you why. Also: I am not above a little blatant favouritism.

PSP: These always last long enough to get a good chunk of time in on Tactics Ogre or whatever, and when you go back to it when it’s sleeping (that sounds quite cute when you think about it) there’s always enough charge left in the thing for another quick go on Ridge Racers before you’re forced to go find a wire.

Neo Geo Pocket Color: This one’s a bit unique as it uses two AAs as well as a single CR2032, with that coin battery being used to power such vital system information as that horoscope thing nobody uses and the date/time settings used by that horoscope thing nobody uses. When that little thing runs out you learn the no power message you see every time you turn it on is the perfect length to cause the maximum amount of annoyance: It’s just short enough to not be worth changing the battery for, and just long enough to irritate you for not changing the battery. Beautiful.

GBA SP: It’s reliable but in a weirdly nondescript and unremarkable kind of way: You charge it, you play it for an acceptable length of time, then you charge it again. If it was an ice cream it’d be a single scoop of mid-range vanilla – better than the “cold mass of dairy” at the budget end but not quite reaching those “Has little black flecks of what you hope are genuine vanilla” heights.

Game Boy: Nintendo’s original lump of a handheld famously obliterated all of its superior competitors and secured the company’s finances through several rough patches thanks to some kinda-famous games called “Tetris” and “Pokemon” as well as being the only portable available at the time that was small enough to fit inside a real human pocket (hey, jeans tended to be bigger back then) and could run for long enough to actually be used when you were out and about.

Game Boy Color: This beautiful thing blessed the world with the greatest handheld shell of all time, a shade gifted to us directly from Nintendo’s angels and officially described as “Atomic Purple“. When considering this plastic perfection it almost seems crass to discuss anything other than how gorgeous it looks, so all I’ll say is it takes two AAs and lasts roughly forever.

Super Shooting Watch: Hudson’s SNES-shaped finger trainer may not be as popular as its earlier white and yellow iteration but even so it’s still built like a tank and whatever battery’s in there has lasted so long I’ve completely forgotten what it is and have absolutely no compulsion to go look, in case I somehow break the magical spell that’s keeping it going. I like to imagine the battery itself rotted away long ago and the watch is just so dedicated to its task that it refuses to power off out of an indomitable sense of duty to gamers everywhere.

SwanCrystal: A single AA battery – yes, just the one – is all it takes to power this slender yet shockingly capable machine until more or less the end of time. The only reason to stock up on batteries when you own one of these is because you worry AA’s won’t exist by the time the one sitting in your Swan finally runs out. While we’re on the subject: do get a SwanCrystal, and not a WonderSwan Color, if you’re looking into this format – the Color’s screen is terrible, while the Crystal’s is honestly the best non-backlit display in the business.

Game boy Micro: So small you could almost swallow it and possessing a screen bright enough to replace the sun, yet somehow there are planes of existence that won’t last as long as the battery in these tiny things will. You play it, you forget about it, you find it covered in dust in the null-space between a bookcase and a wall several years later and… it just works. Forever. Until the end of all things.

And there you have it. We’ve all learned something, haven’t we? Like when I make a tweet saying “Hey, come look at this fun and useful blog post I wrote!” I have tricked you with a terrible lie.

5 thoughts on “I need more power!”