There are no doubt bacterial growths living ten miles under the surface of Mars that are well aware Sweet Home is the game responsible for setting out much of Resident Evil‘s successful survival horror framework by now: The tension-building creaky door animations forcing players to briefly live through the eyes of these unlucky souls, the limited inventory space and key plot points hiding within scattered notes… it’s all there, and it’s all relatively obvious if you’ve spent ten minutes with the pair of them. So I’m not going to talk about that today. What I am going to talk about instead is how good Sweet Home is on its own terms; not as a licensed game based on an old horror movie, nor as the seed from which all survival horror as we know it sprouted from (my continued apologies to Alone in the Dark), but just as plain old Sweet Home, Capcom’s 1989 Famicom adventure. 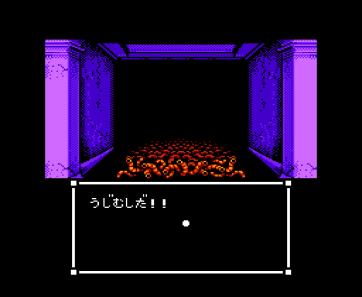 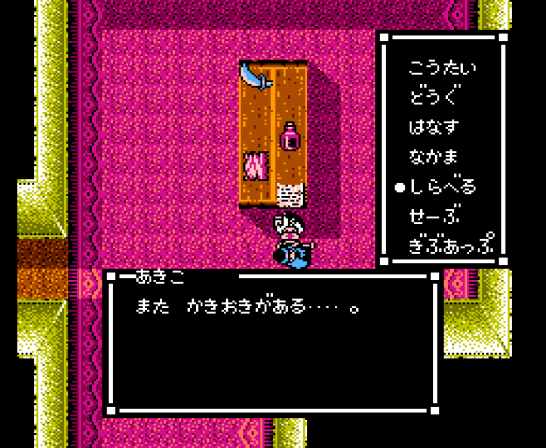 Sweet Home begins with a fairly standard horror opening: Your team of five make their way into a place that has “This is a terrible idea and we’re all going to die in here” written all over its crumbling face, and before they’ve even left the first room they’ve been taunted by a murderous ghost and had their only exit blocked off by an impassable mountain of rubble. What follows is a terrifying scenario determined to consistently outdo itself, the creepy talking dolls and corpses slumped over in a pool of their own gore soon feeling like little more than typical Mamiya mansion decorations amongst the heavy claw marks gouged into the walls, desperate messages scrawled in blood, and the disembodied voices of dead children crying and complaining of the heat as you approach the mansion’s old incinerator…

And that’s brilliant just as it is: Nobody can claim Capcom pulled any punches for this Family Computer’s sake, and for all the limitations the Nintendo’s console threw at the team there’s no doubt the pixel art’s as gruesome as the hardware could make it. There’s blood and bones and monsters galore, all trapped within a once grand residence (of evil) on a stormy night. What makes these disgusting details work so very well though, the special little twist that turns a few red dots into dripping blood and danger, is how committed Sweet Home is to making you – you personally – feel unsafe as you play.

The first thing you’ll notice is your party’s composition: You have a group of five that are only capable of moving around in at best a frightened huddle of three – a small detail that creates a deliberately unavoidable imbalance, two characters forced to scurry around as a more vulnerable team. To try and mitigate the extra danger that comes with being in the lesser group (or even those dreadful moments you may find a character all alone) anyone can call out for help mid-battle, triggering a sudden switch to the named ally’s team and a frantic dash through corridors lit by lightning and across waterlogged rooms as you hurriedly navigate stronger or more suitably equipped teammates to their aid. Perhaps the battle went well but now somebody’s poisoned and the character carrying the medikit may not be in the same room – they may not even be alive. The mansion’s even got ways to deal with the overly-cautious, to scupper the meticulous plans of those eager to keep everyone close together and organised at all times – ghosts. Malicious spirits of all shapes and sizes float their way through certain areas and should they make contact with a party member they’ll whisk them away to goodness knows where, alone and unprotected. 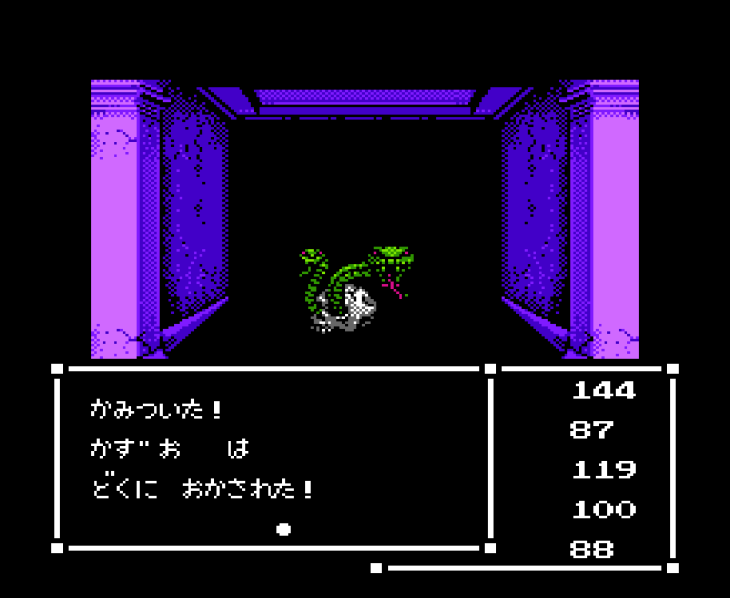 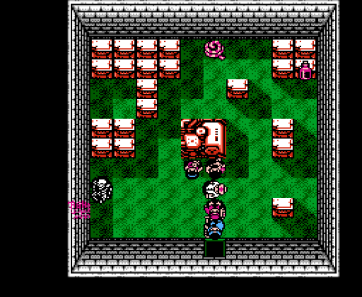 However in spite of all the locked doors and unexpected problems you may suffer along the way you’re never quite as lost as you may think you are: Mamiya’s mansion is not a writhing nest of endless doors and passageways but a perfectly designed trap teasing you with items just out of reach and ominous messages left by people long dead, always funnelling you towards specific goals and dropping hints that soon build into tangible results. An early example of this can be found in the sequence that leads to you turning on the power generator, lighting up the mansion and eliminating the need to stumble around in the dark with candles. To begin with you don’t know where it is, but a note from one dead person to another at least lets you know it exists somewhere amongst all of this death and decay. A short while after you find another note nearby mentioning the generator’s in the East Garden, and the note-writer is heading there – and then some time after that you’ll discover a distressingly talkative skeleton in an eastern room, one mistaking you for someone whose name you’ve sure you’ve read in a note before now, urging them to hurry to the generator before it’s too late…

If the lights being off didn’t already make it obvious enough their friend never made it, the message written in blood lamenting a lack of gasoline next to an ex-survivors pile of bones within the generator room is sure to make the end of their tragic tale crystal clear. And so you’ve not only had a series of clues but also caught fragments of another doomed party’s journey through this awful place, a repeated reminder that other teams before you have tried and failed to get out, and not even death is an escape here. That’s not just a cute turn of phrase either: You may start the game with five characters but the horror will continue so long as one – any one – of them is alive, their deaths not caused by bad dialogue choices or “Did you find the special item before coming here?” splits in the plot but by how you choose to play the game. If you decided not to waste precious inventory space on a spare potion and later find yourself unable to heal someone when they’re weak or fail to reach someone before they fall through the gap caused by a collapsing floorboard then they’re dead, and the survivors just have to carry on as best they can. Functional replacements of everyone’s unique items can be found scattered around the map (Kazuo’s lighter can be substituted for a box of matches, etc.) if you need to perform an action only they could normally do and many important places/items will offer an alternative route requiring a different combination of characters – progress is never outright impossible. More dangerous and difficult without a doubt, but if you can still fight, then you’ve still got a fighting chance. 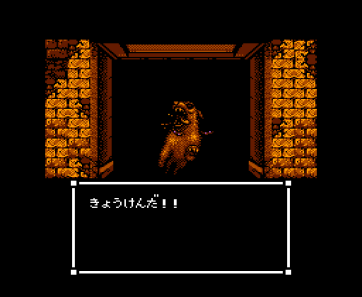 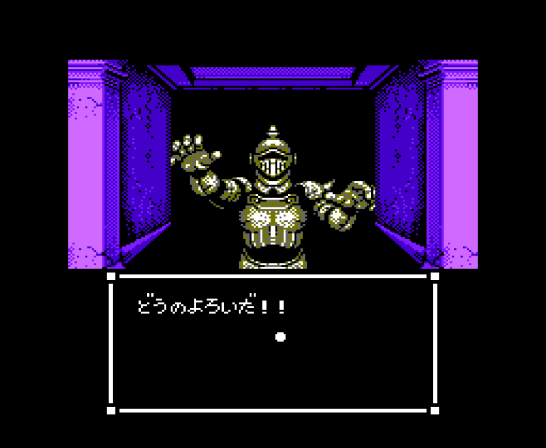 Sweet Home isn’t the perfect horror adventure but it’s a heck of a lot closer than you’d ever dare imagine a licensed adaptation of a movie released in 1989 could be, and even playing it now just as “Some Famicom game” rather than as the revered prototype for so much that came afterwards it’s genuinely much better designed and far more unsettling than many of the modern titles chasing after the success of its more famous Wesker-laced offspring are – to be better than this a game from any era needs to be on the level of Fatal Frame or Echo Night, not Countdown Vampires. Sweet Home gets everything that really matters absolutely right, conveying a palpable sense of dread and nerve-wracking tension that only increases as more is revealed of the awful truths hiding in this cursed place: Pretty impressive for a game where everyone looks like they’re straight out of a cute JRPG and one of the main characters wields a vacuum cleaner, don’t you think?

3 thoughts on “Resident Evil’s other prequel”