[You can blame the appearance of the adorable lilac border surrounding these images on my Galaxy Fraulein Yuna Collection UMD, which includes Ginga Fukei Densetsu Sapphire as a semi-relevant bonus. I did consider cropping them to only show the game, but to do so after that pack bothered to make such a rare game officially available at a budget price (as it was at launch) felt plain disrespectful, so they’re staying.]

Sapphire is a game that’s only ever satisfied when it’s doing the impossible, when it’s taking the ultimate Arcade Card powered form of the PC Engine’s many varied hardware configurations and then pushing it to the limit. There’s a quick blast of an FMV-like fly-by in the game’s intro, bosses designed to look like they’ve been constructed in real time using textured polygons, a spectacular perspective scrolling effect used on some buildings to make it appear as though you really are flying directly overhead, and enormous “3D” heads swaying from side to side or splitting open to reveal a hidden cannon. The uneven hodge-podge of detailed pixel art, smoothly rounded renders, and sharp polygonal angles shouldn’t work together but the game tries so very hard to display so many things that were never meant for the same system (sans CD and Arcade Card upgrades) that runs Gaia no Monshou you can’t help but feel impressed by the cornucopia of imagination and talent on display. The game exudes the confidence of a title that knows it’s going to be the last of its kind, that it’s the team’s final chance to put years of specialist programming knowledge and shmup design to good use, bringing those who perhaps expected little more than the same as before but a little busier, or a little faster, soft real-time lighting through an unlit Egyptian-themed temple, the glow revealing the detailed pixel art on the walls as your ship comes near, and an effect that if it isn’t actual sprite-scaling is so blimmin’ close to looking like it there’s no difference, large enemies – even segmented minibosses – lurking in the background below before seamlessly rising up to your level. 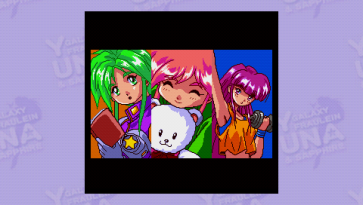 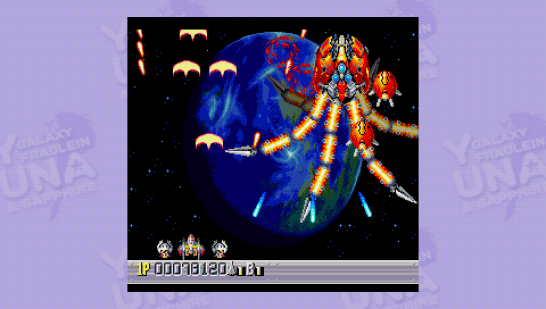 Even in those rare moments when Sapphire is “merely” a premium quality PC Engine shmup using its charming quartet of time-travelling police officers as a fantastic excuse to visit levels themed around everything from outer space to haunted castles it never fails to excite, creating dramatic scenarios using nothing more than great sprites and good timing: A plain waterfall becomes a thrilling ambush as enemy ships burst out from behind the bright blue torrent of water, a gigantic rocket several screens in length is attacked and destroyed piece by piece in under a minute, a lush forest background gives way to grinding machinery, leaving nothing but muddy tree free destruction in its wake. So it looks great on screen, on shelves (in any form – currently the cheapest and most accessible format is the PC Engine Mini), and in a staff member’s portfolio; but best of all the game has the relentless pace to back up this flamboyant spectacle, throwing an ever changing selection of small “popcorn” enemies, large flying fortresses, slow ground troops, and even stone statues that morph into a squadron of smaller enemies before your eyes onto the screen. There’s little time to think and not a chance of getting used to anything, and even on the standard difficulty setting bullets, lasers, enormous rockets, and pre-rendered asteroids come thick and fast, the stages always keen on putting you in harm’s way and seeing your often feeble attempts to survive. All of this mayhem is beautifully complimented by brilliantly “chippy” sound effects – all pew pew lasers and big crunchy noises – as well as a pulse-pounding CD soundtrack that decided the only correct response to “How Nineties-extreme should we make this?” was “Yes.“

Which probably make Sapphire sound like another one of those 2cool4U shmups, the sort you buy for bragging rights even though only other people who already own the game will have heard of it, something hard and overwhelming and too bloody expensive. This train of thought comes undone the instant you pay a visit to the options menu and knock the difficulty down to Easy: The game remains just as exciting there as it is on Normal and Hard, it’s just a touch more forgiving. Enemies that use to fire a three-way spread now fire a few shots forwards instead, and a tricky wall of laser fire, one that on other settings asks players to bravely weave just behind a fired shot as there are no true safe spaces on the screen, now has clear gaps in it. 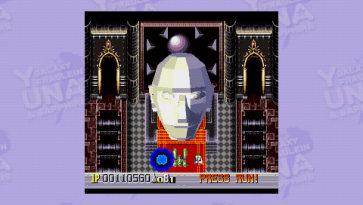 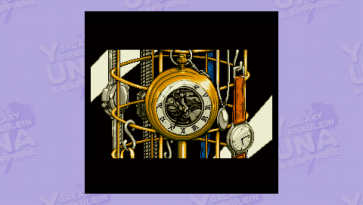 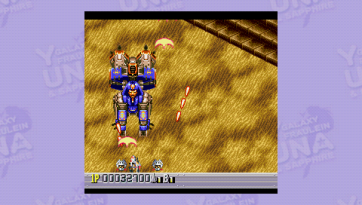 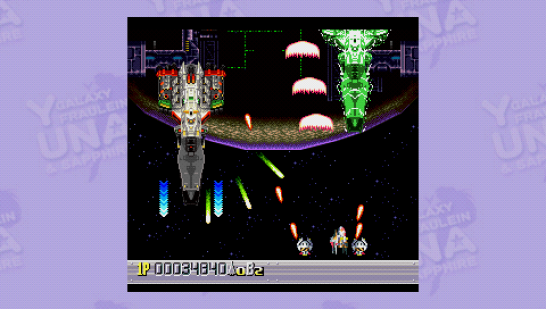 This is the Sapphire difference: This Hudson-published shmup doesn’t want to be difficult (or at least, no more difficult than the player decides to make it using the continue/extend options), it wants to be intense, players charging through past, present, and future, shooting at everything from haunted paintings to screen-wide chunks of metal and sci-fi as they go. Everyone gets to experience the same wonderful feeling no matter their mood or skill level, and this is why the game is still a must-play, even after twenty-six years have passed and the prestige once associated with owning it has all but vanished now virtually anyone with a mild interest can pick up a copy bundled with fifty-six other games for significantly less than the price of an Xbox Elite controller (that PC Engine Mini again). It’s not a shallow show-off game with nothing to it beyond its Silpheed-style (Mega CD version) faked 3D, and it’s not a po-faced shmupper’s shmup either, so esoteric or exacting there’s no point in engaging with it at all unless you already have a shelf of arcade PCBs stored in antistatic bags and strong opinions on scanlines. What it is is a beautiful send-off that proves beyond all doubt the PC Engine – and 16-bit hardware in general – still had the ability to impress even though at the time of Sapphire’s release Sega’s Saturn and Sony’s PlayStation were both busy fighting each other for the hearts, minds, and wallets of Japanese console gamers, even though this enhanced version of NEC’s console was playing to the tiniest left-behind crowd of them all.

One thought on “Going out with a bang”