It’s not enough to like a game – liking (or not liking) a game is easy. Simply describing whether someone liked a game or not is the most low-effort and superficial stance anyone can take, hundreds if not thousands of words or hours of podcast-delivered enthusing/venting completely negated by a single pithy response: “Well I didn’t like it.” or “So what?“. Anyone who really knows their gaming onions will be able to spew forth an article’s worth of information about whatever they’ve been playing whether they’ve been asked to or not: How does the game compare to its direct prequel? To the much earlier title that inspired the whole genre? To the developer’s previous work? Is it a bold outlier in its time period, or chasing the popular concepts of the era? Can you back any of those facts up? How can you have an opinion on this game if you don’t know what the dialogue/targeting/crafting system was like in the third one?

This has to stop.

Whether someone’s interest lies only in indie hits (the Stardews, Terrarias, and Among Us’ of this world), indie indie titles only found on a personal blog featuring an embedded PICO-8 demo, or in “just” the biggest seasonal blockbusters of them all there are just too many games appearing too often for any one person to hope to keep track of them all no matter how narrow their tastes, never mind actually play – and this is before we even consider the practicalities of being able to afford all the consoles, phones, and gaming-level PCs needed to be able to do so.

This is even true for those wishing to focus on nothing more than one treasured favourite: How many hours should someone pour into Guilty Gear Xrd -REVELATOR- before they can say they’ve really played it, why aren’t they keeping their Guilty Gear XX Accent Core Plus R skills sharp at the same time, and how long will they have to invest in Guilty Gear -Strive- before they’re allowed to talk about their experiences with authority? Final Fantasy XIV‘s mainline story missions alone are meaty enough to be considered a series in their own right, and when coupled with all the other content in there a person could seriously commit to the game for years and still not see or do everything contained within. Falcom’s “Trails of…” titles are multi-game epics tightly interwoven with other multi-game epics that have spun off from another interconnected trilogy and you shouldn’t want the one version of that you can actually play either (those English PSP Gagharv games) – and that’s before you worry about which ones have been translated into English (officially or otherwise) or the one-offs (Nayuta, Ys vs Sora no Kiseki) released along the way.

Even retro hardware, their libraries largely done and dusted (outside of the odd niche re-release or newly created labour of love), present unreasonably large mountains to climb. Let’s use a relatively “small” format like the N64 as an example: According to this wikipedia list there are 393 officially released titles available worldwide for Nintendo’s stubbornly cart-based console, and that means even if you were hypothetically completely willing and able to play nothing else for an entire year, and were somehow able to not only clear but clear to the point of disassembled-code-laid-bare completion and master-level excellence one game every single day without fail, experiencing all of its hidden secrets and understanding with utter clarity every reference and connection to every other game before the clock struck midnight… you still wouldn’t have played every game released on the console by the end of the year. 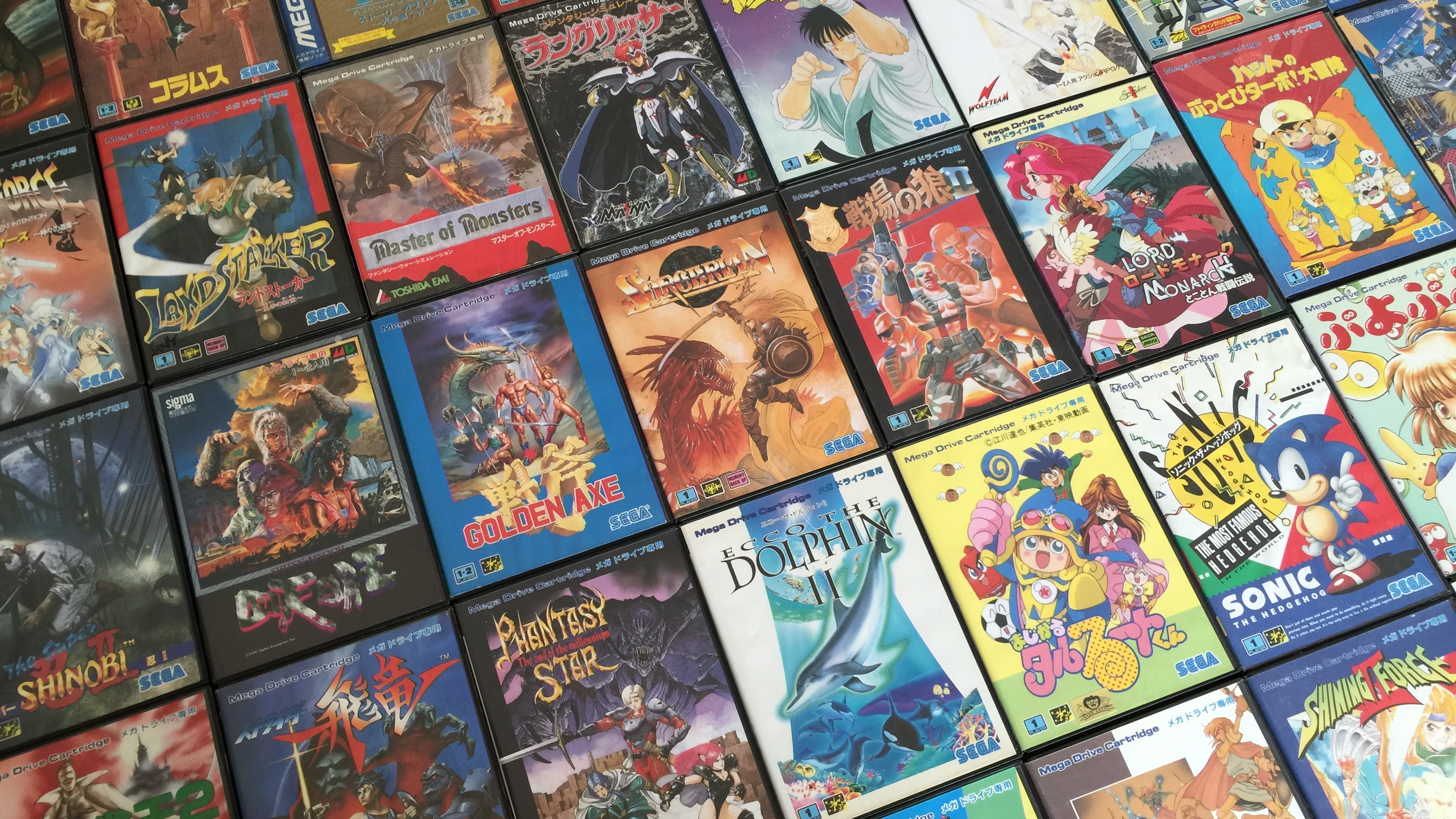 So the only natural response is to cherry-pick the very best experiences, to stick to a healthy mix of “important” games; the historically significant titles, the chart-toppers, the certified classics, the trendiest new releases everyone’s talking about, a disjointed play history that would end up looking like:

But how do you define “important” anyway? Space Invaders is far more important than most, seeing as it’s at the very least partially responsible for the entire industry that came after it – how could a game like that not form a vital component of everyone’s game awareness toolkit? Who hasn’t played Space Invaders?! Well, at this point… a lot of people, actually. The game’s now over forty years old and hasn’t seen a non-Extreme/Infinity Gene/Groove Coaster release treated as more than an idle novelty for decades now (I do like these modern repurposings by the way – we’d all be much worse off without Pac-Man Championship Edition and the sorely missed Galaga Legions) – but does that make Space Invaders historically important, or currently irrelevant? Says who?

Let’s look at another title: What about Devil May Cry V? When someone plays that do they need to know it’s the latest in a series originally spawned from a lightly-repurposed Resident Evil sequel that never came to be? Does that mean someone needs to know what Resident Evil was at the time – and what it is now – to be able to truly appreciate and understand the game they’re playing on their PlayStation 5/Xbox Series/PC at that particular moment? Is their opinion – their enjoyment – less valid because they didn’t find the time to play the similar-but-different Bayonetta, or Platinum’s other “character action” title, Metal Gear Rising?

What does it mean if someone’s favourite RPG is Final Fantasy VII? Does that mean their tastes align with a significant portion of like-minded individuals worldwide, or that they played one of the biggest and most mainstream games in the series and nothing else? Hang on a sec – wasn’t I saying a few paragraphs ago that picking up “big” games was the only sensible thing to do when faced with so many games and so little time? And if we decide the opposite is true and extensive knowledge really is the only way to go, where do we stop? How can someone talk about Squaresoft’s history and not mention their pre-Final Fantasy games or their many Japan-exclusive titles, only available in physical form on hardware that hasn’t been relevant for two or three decades? How can their opinion be trusted if they’ve never logged in to PlayOnline or have no particular thoughts on the company’s later acquisition of Taito?

While we should never encourage wilful ignorance – broad knowledge and an awareness of a game’s place within a wider context can only improve any discussion of it, and such information can be illuminating to writer and reader alike – we must realise how far general expectations are currently leaning towards an unrealistic extreme and how worthless facts for facts’ sake, often regurgitated simply to prove superiority over another person who clearly loves the same sort of thing we do, are. People – even those who write about this form of entertainment for a living, and dedicated fans who pour every waking moment of their lives into this hobby – not only haven’t played every important game ever made, but they also can’t reasonably be expected to. They don’t want to either – and nor should they. Every year – no, every month – sees more must-play games arrive than anyone could hope to get through before the next batch of equally essential replacements turn up, leaving people with no choice – assuming they’re able to afford everything they “should” be playing with in the first place – but to rush through it all to keep up, just so they could say they were there and yes they really have played it, thankyouverymuch. Internet gaming discourse demands nothing less than constant awareness of everything past, present, and future, and to demonstrate anything less shows a lack of passion for or education in the subject at hand.

Do you remember the bit – and I realise I’m dating myself here – in Star Trek IV: The Voyage Home where Spock easily answers a million complex questions at a blistering pace, and then stops dead when asked “How do you feel?“. Why does that matter? Why would anyone need to know? Why would he want to know? How could anyone know what the definitively “right” answer to a question like that was?
That’s how gamers think. That’s how we think.
Knowledge is power as they say, and in these search engine dominated times you’re only as smart as the last Wikipedia page you hurriedly skimmed for answers before typing out a single sentence rebuttal to a complete stranger online who dared accuse you of not being aware of the fact the composer of one game, released fifteen years ago on another continent, also worked under a pseudonym on an arcade title you’ve never played. By focussing so resolutely on facts; on who made what and the company they made it for, on what else they did while they were there and oh-so-cleverly noting the subtle link to another work released two unrelated consoles and a change of publisher before it, all to back up pre-agreed opinions on the “best” of everything to further cement our inarguable rightness above everyone else’s… when we do that we not only choose to forget that enjoying what we’re doing is a fulfilling and completely normal way of engaging with a game, but also that having fun is a worthwhile way of spending our precious free time too – this is supposed to be entertainment, not a test. Oh, that sound effect was a little nod to Mega Man, was it? I didn’t know that. That scoring system debuted in an obscure Spectrum game? Genuinely fascinating. Generally considered inferior to a later port due to a minor bug most people will never encounter? OK, I’ll try to remember that. But what’s your favourite level? The piece of music you always turn up loud? The battle you find the most exciting? The cutscene that really resonates with you? The one location you can’t help but stop and stare at?

Seeing as we can’t know everything about everything (and have never been able to anyway), why not concentrate on knowing – and valuing – what we enjoy about the games we’re already playing instead?

22 thoughts on “Too many games”