First impressions of Aisle Lord, a 1992 Mega CD exclusive by Wolf Team (creators of the Arcus series, El Viento, Final Zone, and plenty more), are nothing but positive: This dungeon crawling RPG’s pre-title animated sequence is stuffed with a large variety of expressive scenes that almost fill the screen, introducing the game’s heroes and villains alongside the voice cast’s credits as well as the leading members of staff (the game’s distinctive artwork and character designs were created by Haruhiko Mikimoto, character designer on the Gunbuster anime, the excellent Saturn strategy title Quovadis 2, and more). It looks and feels like you’ve stumbled upon the introduction of a forgotten OVA, every image playing to the Mega CD and art team’s strengths.

Start the game properly and once again you’re hit with another animated sequence, this time an occasionally indecipherably grainy monochrome FMV clip that at the end gets overlaid with an animated coloured image of the lead character, Role. It’s an interesting technique I can’t recall seeing elsewhere, a sort of mixed-media piece of digital artwork that makes you believe Aisle Lord has some inventive outside-the-box thinking going on, that it views conventional rules as something to be broken. 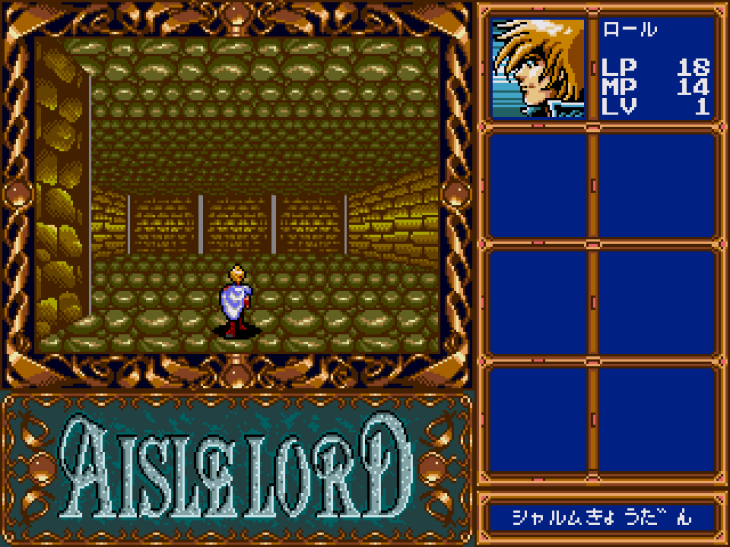 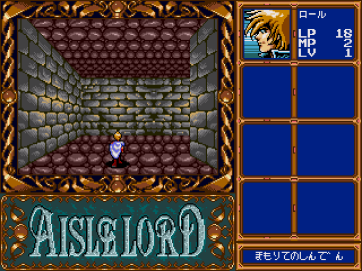 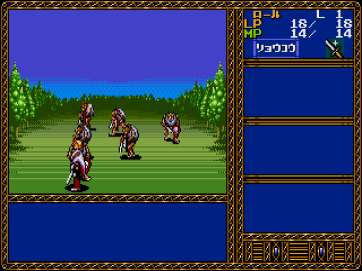 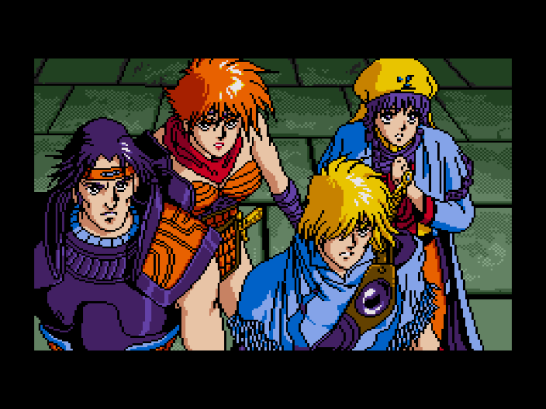 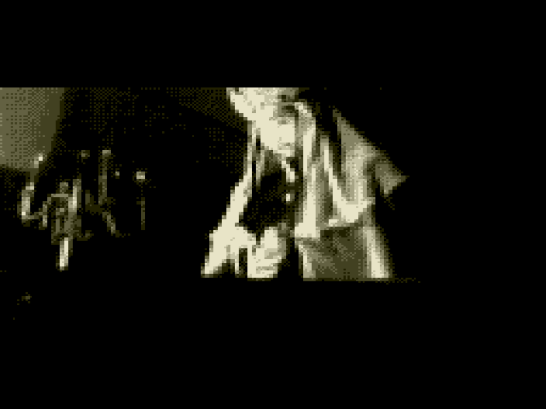 The first room happily continues this trend, Wolf Team’s computer roots shining through in the point-and-click system used to interact with people and scenery. Rather than walk up to something and then press a button to interact with it Aisle Lord uses a cursor instead, the A button cycling through every possible action – Examine, Point, Talk, and Move – which can then be executed with a quick jab of the C button while the cursor’s hovering over a person/object. It sounds charming in a slightly awkward way and at first it is – I’ve got a real soft spot for computer-like interfaces in unexpected places – but it soon becomes clear the solitary context-sensitive action button used by many RPGs even at this relatively early point in gaming was the better way to go about it. Why would you ever wish to speak to the exit text on the floor? Why would you want to point at someone instead of talk to them? What else would you want to do with some shelves other than examine their contents?

Then you step out of this room and…

Aisle Lord is exactly the game I feared PC-FX adventure Boundary Gate would be. You have no compass. You have no map. Every wall looks the same – there are no torches, cracks, moss, or signage to help you find your way, making navigating by sight almost impossible. Every door looks the same whether it leads to an empty room, and NPC’s home, or a gateway to the world beyond. And everywhere is so irritatingly labyrinthine you could genuinely feel hopelessly I’m-turning-this-off-forever lost in the first town. 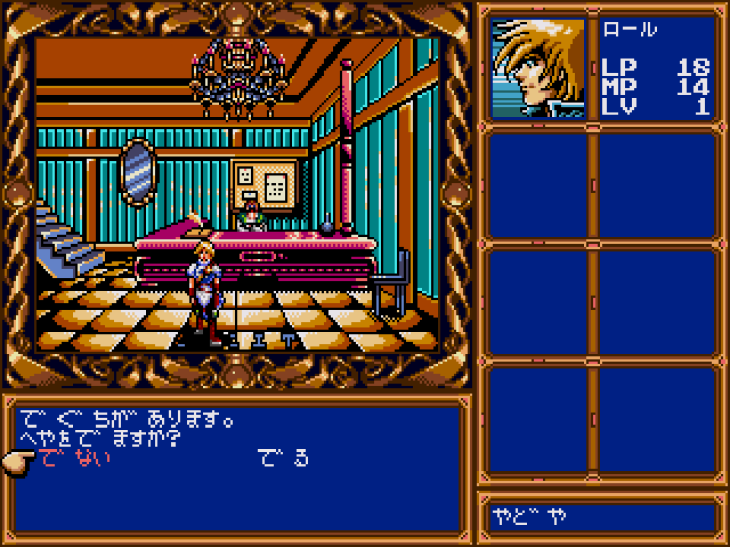 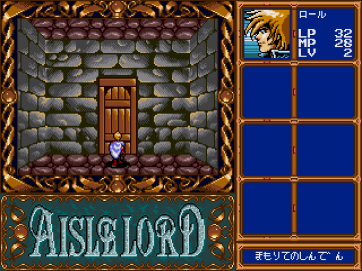 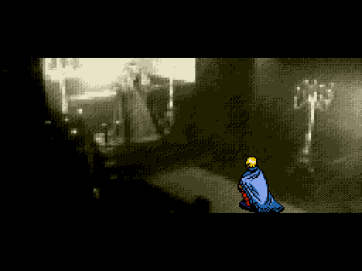 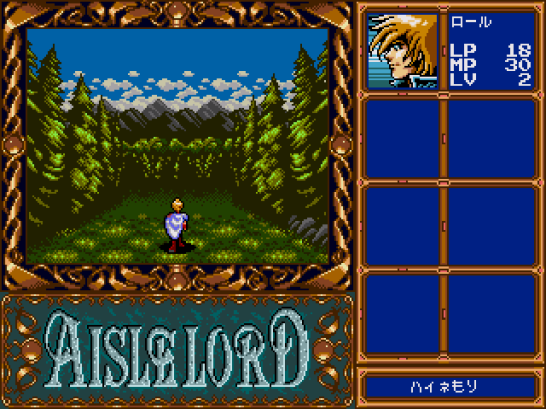 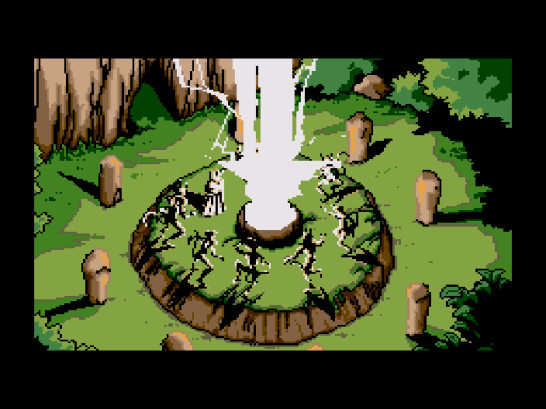 I’m well aware that sounds like the sort of complaint that’d come from someone who didn’t make an honest effort to really play the game, so I took the time to draw out a few maps on graph paper just like we had to do in ye olden daeys that had already been mostly left behind by the time Aisle Lord showed up. This didn’t work out well because drawing your own maps is damned hard at the best of times and I ended up with a wonky, useless, scribble containing a few impossible spaces and without a compass, coordinates, or any visual landmarks at all to reference I had no way of picking myself up and getting my paper map back on track, disappointment heaped on top of defeat as I was actually quite enjoying making them up to that point. These places aren’t challenging gauntlets to test your navigatory mettle in, they’re mazes full of dead ends intended to make getting where you need to be take a lot longer than it has to because… just because, really. It’s all made so much worse by so many avoidable little issues, the worst of which is the game’s identical doors not appearing at all if they’re more than one square away from you, Aisle Lord displaying a blank wall indistinguishable from any other instead. This means you can’t trust what you can see, creating a lot of extra legwork as you bounce across open areas, worried the featureless wall opposite may actually contain an open door (all apparently 15ft high if the character sprite/door size difference is to be believed) to a vital new area.

But this is all just how things were back then, isn’t it? That’s not true. Aisle Lord’s dungeon deficiencies can’t be hardware or generational issues seeing as the Mega CD, Mega Drive, Master System, and Game Gear all had first-person (or in this case, behind the sprite) dungeon crawlers with more visual variety and better level design than this. Square’s PC-88 title Cruise Chaser Blassty, a game from 1986 that displayed little more than a plain starfield when there was nothing blocking your path or the only image of an asteroid field it had if you found yourself pressed up against a “wall”, still had the decency to let you call up your grid coordinates and the direction you were facing at any time you liked – in contrast Aisle Lord’s automap spell (not available at the beginning of the game) shows a basic image of the area around you in a tiny 9×9 grid, which isn’t a great deal of help considering you can already see five ahead in every direction just by spinning on the spot. 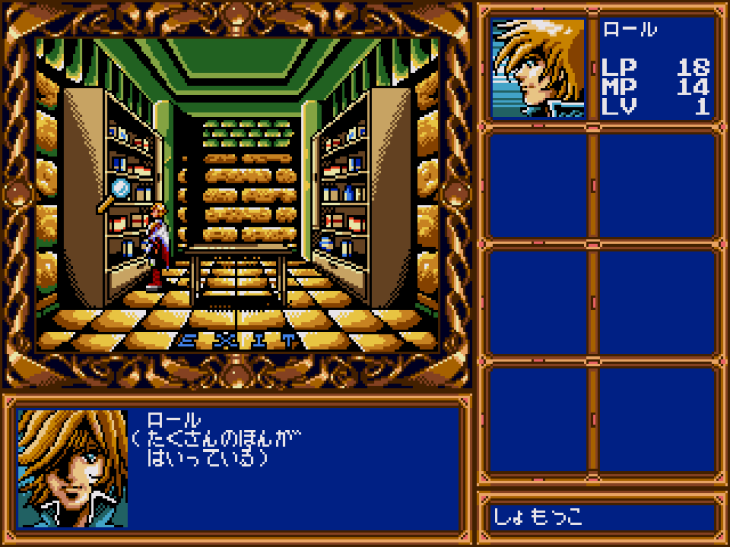 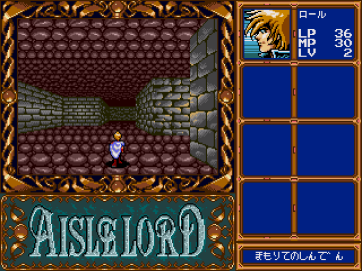 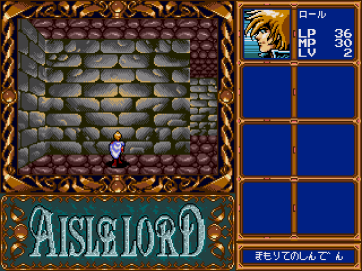 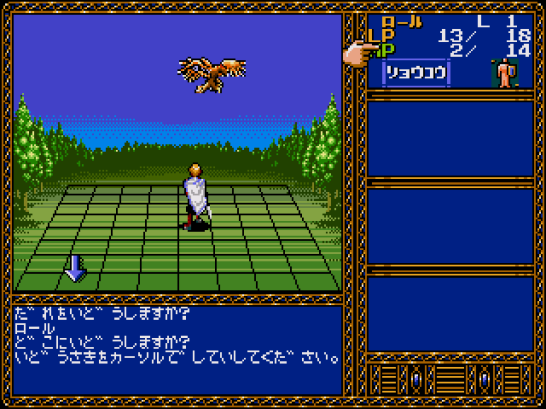 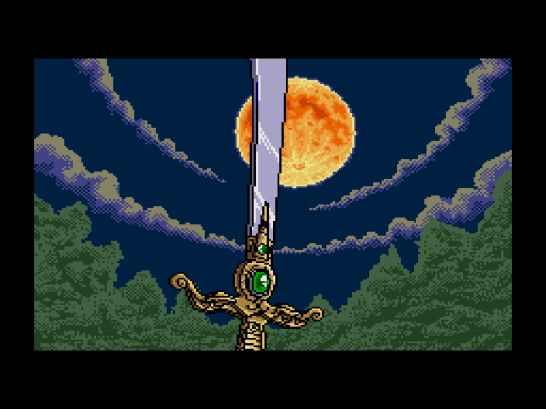 If you can make your way through to an area containing random battles you’ll find yourself taking part in grid-based semi-real time skirmishes where multiple enemies and party members clash all at once, the automated commands you give them at the beginning of the fight only interrupted if you need to changes you plans. It’s got some promise, especially as the game takes reach into account (making fighting forest birds or slimes sticking to a stony ceiling tactically interesting encounters), battles humming with an energetic confusion that isn’t found in the polite lines and clearly defined turns many RPGs go for – but “some promise” is about as good as Aisle Lord ever gets. There is probably a mildly (mildly) entertaining dungeon crawling RPG in here somewhere (and a few impressive cutscenes too), but why you’d work so hard to find it when the same hardware could be used to play Shining and/in the Darkness, Phantasy Star, Eye of the Beholder, Dungeon Master II: Skullkeep or Shin Megami Tensei instead is beyond me.

[Your generous Ko-fi support made this hair-pulling journey of discovery possible! Thank you!]

One thought on “My kingdom for a compass”