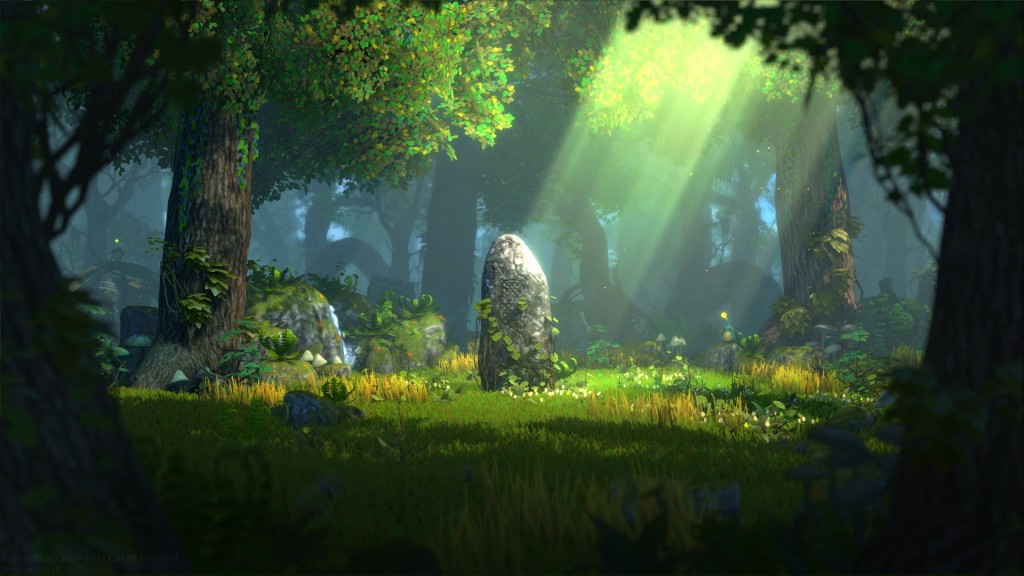 I had a bad dream last night. It wasn’t anything awful in an objective sense; there were no visits from dead relatives dredging up old memories, no fear or pain or scary monsters… but it did well up from the pit of my stomach and make me sob in the bathroom, the sort of sob that feels like you’ve got a red-hot stone stuck in your throat as if it’s a dam holding back a flood you’ve been insisting didn’t exist for far too long. It was a dream about something I don’t like thinking about – the time I had… the time I got really ill (I suppose the content warning says it all for me). I tell myself I don’t think or talk about it much because I’m just that over it, because I never had much to complain about in the first place. I survived a situation other people don’t – where I might not have either – and I didn’t even need chemo; the one thing that’s supposed to be, if the internet at large as well as various well-meaning help groups are to be believed, where the “real” cancer happens, where you make special Cancer Friends, learn the names of endlessly kind nurses, take life-affirming hairless selfies for your social media feed and get to hear people from all walks of life constantly tell you how “brave” you are in your “fight”.

All I did was permanently lose a defined body part leaving me forever scarred and visibly different and then get better. I didn’t really suffer. I shouldn’t really complain. Especially not when my physical recovery happened to very neatly blend into the beginning of a global pandemic – you could throw a stone these days and hit someone who’s had it worse than me. So I’m fine. Of course I’m fine. That’s what I’ll tell you – and that’s what I’ll tell me too. 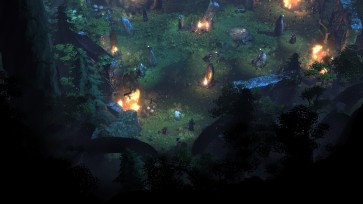 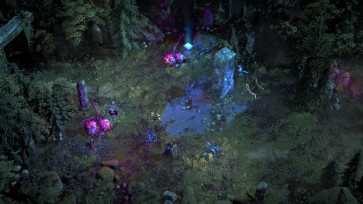 So where does this all fit into a flipping website about video games?

Well, as the above might have made clear, I really don’t know how to deal with The Thing That Happened To Me, have spent a long time pretending The Thing wasn’t all that big of a deal anyway, and much of the help (professional and informal alike) that’s generally available is framed around the assumption I had the proper full-fat director’s cut version of The Thing as opposed to… whatever it was I had. So this damned dream hit me like a ton of bricks and I didn’t really know what to do other than Google “Survivor’s guilt cancer real?” while crying over my breakfast like an idiot.

(The answer to my Googled question is apparently “Yes, definitely”)

So that was all a bit of a wash and the usual bottling-it-all-up tactic… it wasn’t working, and I know in my heart I shouldn’t want it to either. So what to do when you definitely had The Thing – I had a special folder and everything and I’m supposed to spend the next few years taking dangerous mood-altering medication (ditched, due to extreme side effects) – but didn’t have enough of The Thing for it to definitely count?

It was then I remembered a game I’d played with my son: Druidstone: The Secret of the Menhir Forest (funnily enough at the exact same time I was being diagnosed/treated, giving it a sort of “Sod’s law” feeling back then). It’s a brilliant tactical fantasy game created by the team behind the equally excellent (and very different) The Legend of Grimrock, and I recommend it without hesitation to anyone who enjoys either turn-based strategy titles or even traditional thinking-person’s-fighting board games. It’s a game blessed with a beautifully written plot, the three central characters in particular coming across as warm and rounded without becoming twee or overly sentimental.

It’s also a beautifully written plot that revolves around cancer, explicitly cancer, and always spelled with a big “C” just to make sure you understand how serious it is. 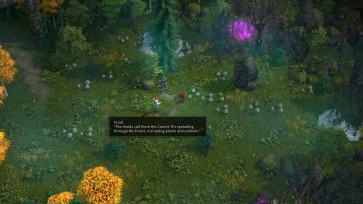 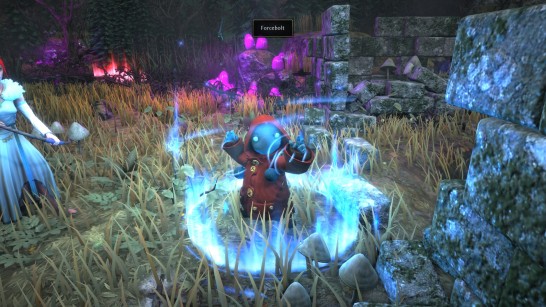 In this particular instance it’s the forest itself, in all its once-mystical beauty, that has Cancer, and the game makes no apology of using this idea to its fullest, once verdant forest floors concealing malignant cysts for you to game-ily destroy in X turns to prevent this Cancer from spreading across the landscape, visually disfiguring what were lush green fronds before your eyes and causing even more powerful monsters to spring out of the dirt if not treated in time. It’s hit you in the face obvious enough so I’ll spare you all the patronising explanation of how this could be seen as a parallel for human cancer; the important thing is the game’s not trying to be clever or subtle about it and the story Druidstone wants to tell is neither commentary on the human version of the disease nor explicitly offers any heavy-handed advice for those suffering from it – but even so I found comfort in it anyway, because the game’s so darned blunt about it.

Cancer, cancer, cancer. There’s no escaping the word in Druidstone, and the game makes no apology for applying the term correctly and as often as it feels it needs to. It has no hang ups about saying That Word nor feels any need to dance around it – the forest’s got [magical] Cancer, so why bother saying anything else? I like it when people are straightforward. I like it when they can say “cancer” at me and not automatically furrow their eyebrows in concern, or worry they’ve said the wrong thing and upset me. I spent a lot of my time in hospital trying to get people to be really honest with me and not hide details behind pleasantries or “softer” alternatives, so to hear the word stated so plainly and so often is honestly something of a relief.

Not that the hospital staff were the only ones at it: Druidstone’s matter-of-fact approach also forces me to confront the word over and over again, to see it up on screen like any other word. And when it does this it’s not to try and make me better, or to judge my feelings, my recovery, or ask me to fill out a questionnaire asking on a scale of one to ten how far I feel from God after having cancer or how sad it’s made me (honestly, I wish I was making that up) but just to see it said.

To say it myself.

Druidstone’s not therapy and it’s not trying to be therapy or a Very Special Game About Cancer either; but in the absence of knowing what I’m supposed to do or how I’m supposed to feel the game feels like a gentle push to look in the mirror I didn’t want to peer in to, the chance to have someone else keep saying The C Word so I don’t have to.

So I can learn how to.

My name’s Kerry. And I had cancer.

Thanks for that, Druidstone.