[A quick word before we begin. There is no way to show honest screenshots of MadWorld without sharing some unpleasantly violent (albeit stylised) imagery so please keep that in mind before scrolling down the page]

Imagine a game operating under similar circumstances to the movie Speed, only instead of keeping a bus moving above 50mph to prevent disaster a game has to – no matter the circumstances – vocalise the word (excuse me) “Mothafucka” twenty times per minute instead and you’ve got the general tone of Platinum’s MadWorld, an arrestingly stylish violence ’em up that decided anything that’s not blood isn’t really worth wasting a colour on. This herculean feat of foul language is made to look almost effortless thanks to spirited performances by none other than Greg Proops, quick-witted comedian and best actor in The Phantom Menace’s podracing sequence, and John DiMaggio, Gears of War‘s Marcus “MY TOMATOES” Fenix, the pair teaming up to (over) commentate on the action, sprinkling a few subtle gameplay hints and glimpses into the game’s lore amongst the many, many, swears as they go. It soon becomes clear MadWorld is a setting where creative violence is an artform, where jamming an umbrella through a man’s skull before shoving him butt-first onto a vertical spike is mainstream TV entertainment, where the organisers of this carnage are expected to come out of this even richer than they already were and the survivor hailed a champion.

Yes, that Yasumi Matsuno. Let Us Cling Together Matsuno. War of the Lions Matsuno. “Let’s craft intricate fantasy worlds and populate them with morally grey figures, as much heroes to some as they are oppressors to others” Matsuno. Him. That guy. Really. I even made a point of checking the official website as well as the staff roll several times (this is where the title of this article comes from; the in-game commentators creatively insult every single senior person on the staff as their names scroll by and that’s how they describe him) just to be sure and… yep. Vagrant Story Matsuno worked on MadWorld. 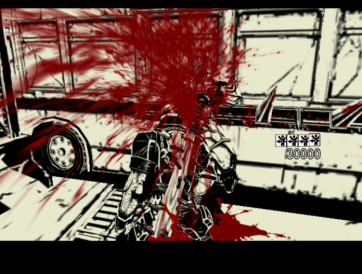 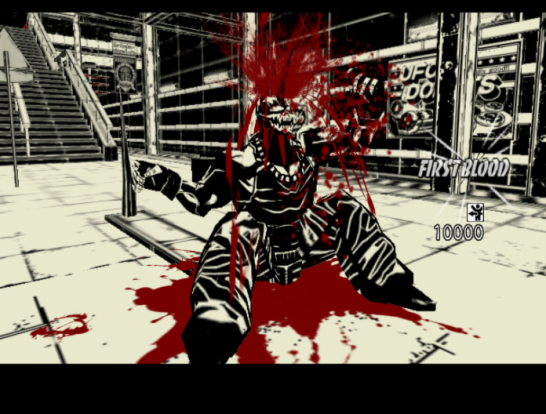 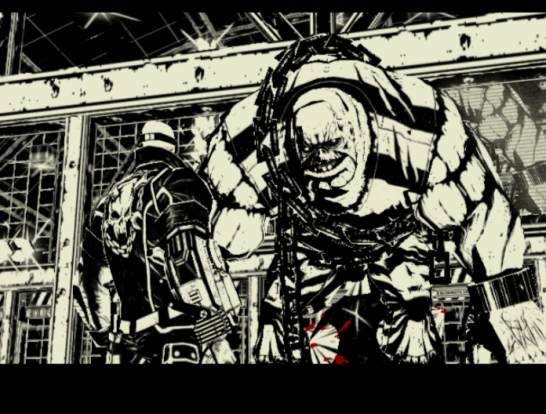 “So! What happened here then?” we say, rubbing our hands together with glee. There’s got to be a juicy story in there somewhere, something we can spin into a clickably Google-friendly tale about a sorry “wilderness” period of artistic penance, of him creatively “selling out” after the supposed “disaster” that was his time with his most mainstream, delayed, altered, salvaged, and wildly ambitious title ever – Final Fantasy XII (a game that has sold millions of units worldwide and received mountains of praise from all quarters for everything from its innovative battle system to its screenshot-worthy dialogue). The idea of a dramatic fall from Square-Enix’s good graces after sitting on what was – and probably still is – the metaphorical high throne of RPG development may fit in with the colourful outsider’s view we have of game creation, of an industry powered entirely by passionate souls suffering for their art and slinking off into the shadows of shame when they fail, but if we frame his one-off work at Platinum in that way we ignore, well, the more straightforward mundanities of reality. The games industry is a place of work. It’s a writhing mass of employers of various sizes, all in greater need of skilled people to clear a long list of very ordinary tasks such as “Make sure the save routine actually works.” and “Can you please stop the player falling through the floor every time they pick up an item?” than they are those who can imagine a glorious sci-fi landscape or accurately describe the life cycle of an invented species of dragon. It’s also famous for “Letting people seek fresh opportunities elsewhere”, for allowing even high-profile talent to “resign” (make sure you go heavy on the air quotes back there) – it’s like a game of musical chairs out there at the best of times for everyone and Matsuno is, presumably, a human being who needs to do regular human things like keep a roof over his head and food in his belly. In much the same way that “I can’t pay you, but I’ll tell both of my Insta followers about you!” never paid a content creator’s bills, neither does “Oh wow can you sign this for me you worked on my favourite PlayStation game over two decades ago!” keep anyone happy, healthy, and homed.

Platinum needed a writer for their game. Matsuno is a writer. It’s not exciting to state it as plainly as that, but there’s no reason for the situation to be any more complicated either. 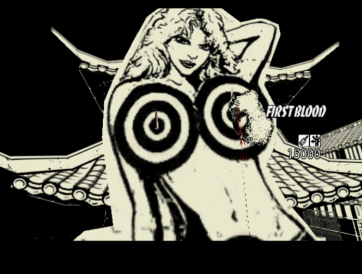 The funny thing is if you can get past MadWorld’s love of exaggerated violence and unnecessary Wiimote-waggling QTEs you can actually see the Ivalice author’s favourite talking points all over the setting: A decadent elite are abusing their power to the deliberately fatal detriment of the lower law-abiding masses, a once-respected form of rule has been corrupted to the core, and only a line-crossing anti-hero can make things right… OK, perhaps “Slightly less awful than they currently are” is more accurate. The presentation may be as Platinum as a game can get (including the presence of overly-long and unwarranted vehicle sections), but the world this gratuitous arterial spray’s taking place in is still one that’s asking if the ends can ever justify the means, if morality’s as straightforward as good people doing nice things, if there are situations where there really is no choice but to get your hands stained with blood no matter what your own beliefs or intentions are.

“I tried to build a thought-provoking setting, where violence and nonviolence, lies and the truth, intersect.” – Yasumi Matsuno

(You’ll need to manually scroll down to read the full quote, sorry)

And somehow, buried perhaps a little too deeply beneath all the crass language, all the “jokes” about the other kind of beaver, and all the nameless enemies that only exist so you’ve got some fresh meat to chop to bits, throw in front of trains, or electrocute, Matsuno did achieve his quoted goal. There is a palpable tension between MadWorld’s visual revelry in violence and its refusal to actively condone these blood-spurting acts, and the plot makes it clear that what goes on within Death Watch – that’s the organised tournament-ish mayhem you’re playing through – is extraordinary and outside the social and legal tolerances of regular society. Even so the game does sabotage its own message to a great extent: MadWorld can act as clever as it likes in cutscenes but by design it needs you to enjoy spending hour after hour shoving a man head-first into a fire or decapitating him with a bin – if you didn’t want to do that then there’d be nothing for you to engage with (although taking a pacifist route through a brutal action game’s an intriguing idea) – but the idea of a cruel game that denounces its own behaviour and all the characters participating in it is in there, if you can tolerate wading through the viscera to find it.

[Ko-fi support helps me keep this blog fresh and gets you every article a week early! Please help out if you can!]