In its original form Dragon Quest X remains online only and exclusive to Japan (the upcoming offline version is an entirely separate and heavily reworked entity), although it’s a little easier to get into these days thanks to a Final Fantasy XIV-style relaxation on its entry requirements: Anyone living in Japan (or pretending to be) can play through the full base game as well as the second expansion as a sort of extended playable trial experience without any onerous restrictions, which is just lovely. You may be behind everyone else but now you’ll be behind for free and without having to cram all your internet-based Dragon Questin’ in during the daily “kids time” (an hour that allowed anyone who owned the game to play without paying for a subscription, not specifically an hour for children alone) or deciding you’re going to risk your entire account and all the hours you poured into it and subscribe so you can play whenever you like, the online account side of the service perhaps deciding one day to tighten up its policies and lock you out anyway, or the address tied to your bank card potentially giving you away as a *gasp* foreigner, your account suspended automatically and without appeal for “security” reasons. Even if you’re prepared to go so far as to play an MMO that doesn’t really want you playing it, it’s still nice to have all of those potentially game-ruining fears as thoroughly quashed as they reasonably can be. 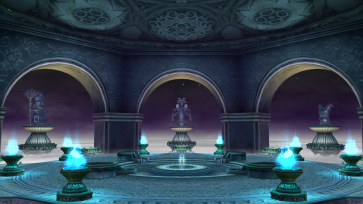 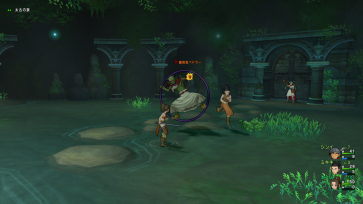 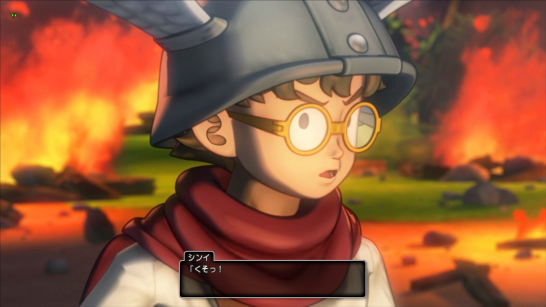 And that’s a large part of the reason why I’m coming back – I played through the base game’s main scenario years ago (it was actually the first Dragon Quest I ever finished, strangely enough) under all that worry and expense and awkwardness and I still thought fondly of the game, so how much more would I enjoy playing it if I could approach it at my own relaxed pace – and then write about it in a more carefree way too? That’s what this informal and sporadically updated “Diary” is aiming for: I’m not trying to write a review, a guide or even, if you’ll forgive me for this, planning on retelling the story as I encounter it – I thought I’d simply chat a little about what happened to me the last time I logged on. Think Holiday Snaps: Game Edition and you’re about there. Maybe someone rode into a starting area on the back of an impressive mount, or I bought a fancy new hat or took part in a daft seasonal event – that sort of thing. Nothing revelatory, but hopefully a lot of fun… or at least an assorted jumble of pleasant screenshots for you to look at. There’s no harm in sharing pleasant screenshots, right (it’s worth mentioning just how well Dragon Quest X has aged here; for a game that debuted almost a decade ago on the Wii it really does look fantastic)?

I’ve already made a little headway – I’ve cleared the brief offline/single player portion of the game (essentially a playable prologue explaining how you, a regular brown-clothed human villager, end up in the body of a far more exciting non-human person in Astoltia) and witnessed the almighty power of the scythe-wielding Nelgel, the final boss of the first main quest line and general Evil Guy. One thing that always strikes me when playing this game in particular is how broad and interesting the character designs are: the young man with the thick rimmed glasses and slightly daft winged helmet is unfailing brave as well as intelligent, the plump old lady is as prickly as she is wise, and as the game goes on you meet all sorts of important people of varying ages, heights, and waist sizes who fail in the best possible ways to fit in with expected JRPG personality types.  Which isn’t to say the game’s short of muscles, capes, and astonishingly pretty magically-inclined ladies (and you sadly can’t create a non-“standard” body shape for your own avatar), but just doing something as basic as giving older characters a personality of their own and not automatically partnering up a love of knowledge with cowardice goes a long, long, way to giving the story a richness to it that unfortunately still stands out from the crowd even on a second play through, goodness knows how many years after my first. Other Dragon Quests do it too of course, but who else? 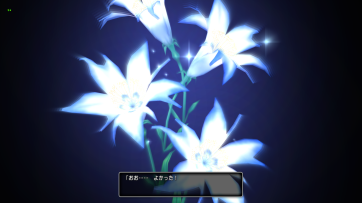 As for me, I’m once again playing as a Weddie, because experience taught me there is no race that’s quite as cool as the Weddie. They’re blue-skinned fish people designed for players who want to pretend to be mermaids but haven’t got the guts to admit it to themselves (not me though, oh no), and your rival/accidental sort-of killer (it really was an accident, and it’s fine because they only almost pushed your flower-laden funeral boat out to sea) is an amusingly cocky chap who contrasts well with the fields of smiling Slimes and heroic destiny. I was a priest last time – I love taking on the healer role in MMOs in spite of the pressure that naturally comes with keeping people alive as they face untold horrors from the depths of Hell (it’s nice to be useful, don’t you think?) – but now I know the party system not only allows you to recruit AI versions of other currently offline players to help you out, saving you from worries about inconveniencing anyone (or talking to them), but also that such a cobbled-together group really can carry you through to the very end of the game I thought it wouldn’t hurt to try something different. So! This time I’m a martial artist. I have a cool staff, absolutely no money to my name, and am about to embark on a grand adventure…

One thought on “My Dragon Quest X Diary: Part 01”