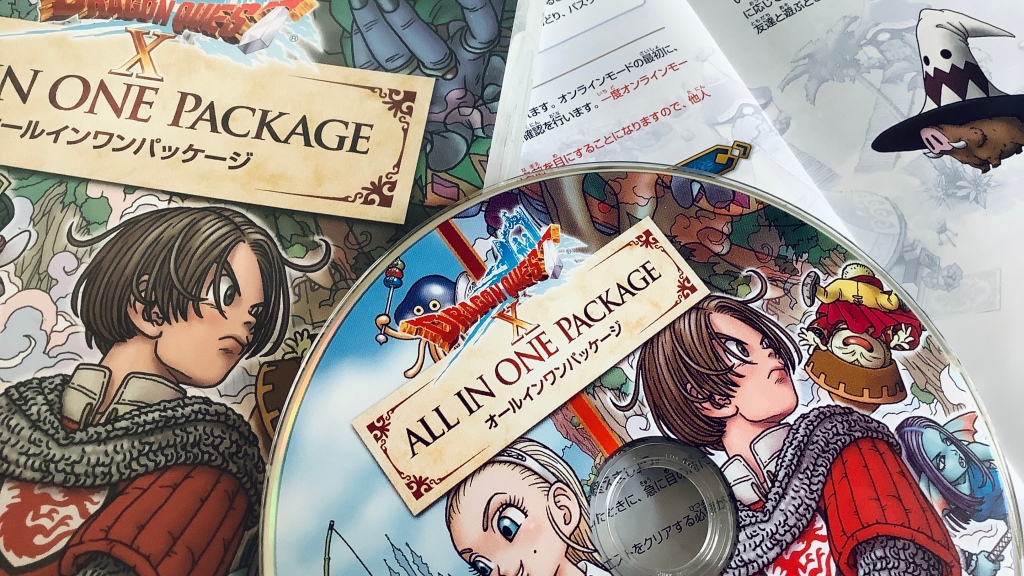 Sometimes you don’t just have to make time for MMOs, sometimes you have to steal time for MMOs from right under life’s nose. So this Dragon Quest X session is more an act of defiance than a chance to play, the mere act of logging in and standing where I left off last time two symbolic fingers stuck up at the world.

I’ve been here before and I know what usually happens, so I sneakily set the game to update while I’m tied up with real-world chores so I know it’s ready to play the instant I have a few moments to spare.

And then… I wait.

Not for the perfect moment – that’s obviously not coming this week – but just a moment, any chance to say I did the tiny little thing I wanted to do.

It’s now 4am the next day and I am blearily staring at my laptop through half-focussed eyes, but I’m doing it, I’m logging in! And… victory! I’m back and standing in the same church I was last time, online and… well, just online. Anything – anything at all – I get to do beyond this is a bonus.

After busying myself with coffee, giving my pet rat, Roy, his morning exercise and play time, feeding the cats, and getting on with a million other minor chores I’m surprised to find I’m still logged in a good half an hour of inactivity later, and if that’s not a sign from the heavens I should sneak in a little time with the game then I don’t know what is. The evil spirit we met last session has whisked poor almost-bride Kiel off to a little spot we’ve been before just to the north-west of the village, so that’s where I need to go! But before that I’ve got skill points to spend (of all the weapons I could use – fists, fans, spears, claws, and staff… staffs…staves? – I dump them all in the latter because Donatello is still the best Turtle, unlocking a fancy new skill for my blue-skinned self in the process. Oh! I also finally find the story recap option as I’m poking around – I don’t need it this time around but I’m sure it’ll come in handy in the future.

With that flurry of activity (warning: activity may be less flurry-like than advertised) out of the way I then… then I log out, because the cat has decided outside is a terrible place to be even though she insisted on going out five minutes earlier and I remembered I’ve got an important email to write. And a review to write. And something else to respond to. And some more work to do after that. And as much as I hate to admit it putting those off because a fantasy fishman’s bride’s in trouble isn’t the best excuse I’ve ever come up with (although it’s not the worst either).

And… I’m back! Again. What time is it now? It’s Dragon Quest o’clock, that’s what time it is!

(Note to self: Never say “Dragon Quest o’clock” ever again)

I can see someone in similar newbie attire to my own hopping their way towards the church as I’m leaving, so I give them a friendly little hop as our paths cross and hope they enjoy the cutscene they’re about to see. My destination looks a bit far on the map – it may take me two, maybe three, whole minutes of walking through non-aggro’ing enemies to get there… and then I recall trekking between Windurst and Tahrongi Canyon over and over again in Final Fantasy XI just to level up… OK, probably die and on a really bad day level down, and stop complaining about this uneventful stroll to myself. In fact I’m so unhassled I can even hear monsters running away when they get too close as I type up a few notes in another window. Along the way I test out my new staff skill on a passing Slime (sorry, Slime), the sweeping motion knocking the poor blue blob clean off its feet… if it had feet. That’s definitely going to come in handy!

Almost there, I stop to collect a little shell from a nondescript seashore at sunrise. It’s not special in any way at all but it was something I wanted to do and a simple, pleasurable, little experience. You know when you plant flowers in Animal Crossing or cheekily honk into a stolen milk bottle while playing Untitled Goose Game – both “pointless” tasks well worth doing just because you can? Like that.

I arrive at the marked spot at the same time all heroes do – just in time – the attitude-wielding Hyuza and wannabe groom Arsic already beaten back by the purple cloud of evil and its disturbing yellow grin. There’s a nice little bit of character development for everyone’s favourite fishy jerk here too; Hyuza telling Arsic to run away to safety while clearly incapable of doing so himself as I stand off to the side looking like the next thing I do will involve hitting something and saving the day. It’s at this point the scene fades to black for a moment to describe a feature I’d forgotten Dragon Quest X had – a boss difficulty setting. There are three levels you can choose from before the fight begins – weak, normal, and strong, the point being so that anyone playing can choose whether they’re here for the story or the challenge (and the x1.5 or x2.0 XP bonuses normal and strong give out if they win). You’d think the middle option would be the default but in practise “weak” is a baseline rather than a punishment, and you know what? I like it. Dragon Quest X has crafted a story it wants me to see, and as I’ve stumbled in here in a whirlwind of excitement all alone and not at full health with an inventory consisting of… I suppose I’ll find out in a minute, I pick weak.

Now it’s just me and my stick versus one malevolent muscular mass. I deplete my entire MP bar trying to knock them over with my swish new sweep move and somehow it misses every time – probably a boss thing, might be a me thing. Either way its powerful fists and PURPLE EYE LASERS take big chunks out of my brave Weddie, my health dipping low enough I am suddenly acutely aware I am no longer playing as a class with a big “ALL BETTER NOW” button in their command list. Thankfully it turns out I do have a few healing herbs on me, acquired by dumb luck rather than forethought and planning, and I munch them down. As an early boss designed under the assumption you’re going in solo and probably in standard gear there’s not a lot to do here other than whack this lady-snatching blob of darkness and hope it falls over before you do, so I just let auto attack do its thing while keeping one eye on my health.

Job d- Ah. Not quite. One heap of XP later and we’re in a “Oh heck” sort of cutscene, the monster calling upon the powers of darkness to blow everything away – and he’d have succeeded too, if not for the mysterious rays of light that broke out of the continent’s crushing evil cloud, washing over the land and delighting everyone who sees it as the game takes a couple of minutes to go through a surprise staff roll.

This magical light finally quells the monster, revealing this angry wedding ruining force is actually the distressed spirit of another groom-to-be, Reg, who explains his heart became shrouded in darkness after the death of his beloved Dahlia (there’s a nice line from Kiel, the poor captured woman at the centre of all this, when she wakes up just before this bit – “I’m sorry, but I’m not your bride“, which in context reads a lot like “I sympathise, but you seriously messed up“) – the same beloved Dahlia who gently informs him is right here beside him, and they can now “go away” together. Reg enthusiastically rushes towards his love and the two embrace before fading away.

Happily the scene doesn’t end on that poignant moment, and our two living lovebirds predictably start fussing over each other – only to be broken up by a pointed comment from the still injured Hyuza asking them to save it for their wedding day, which then prompts a flustered Arsic to finally ask the battered tough guy if he’s OK. I appreciated the abrupt change of tone: The only thing that’s as good as laughing until you cry is crying until you laugh, right?

No doubt I’ve got a wedding to attend back at the village but I think for now, especially under the hurried circumstances, I’ll leave that cheerful event for another day.