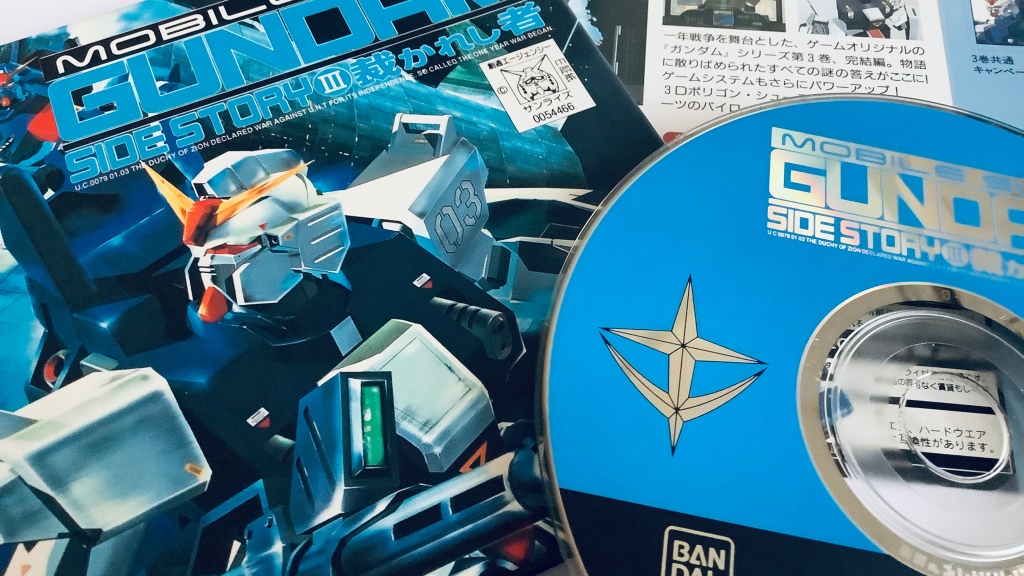 Three games in and still bearing the same five mission structure, the same post mission ranking screen, the same cockpit, and the same characters… we’re firmly in retread territory now, aren’t we? One last blah shoved out the door to get this little trilogy done and dusted, hastily throwing together a bundle of pre-existing assets that have been tweaked just enough to work? 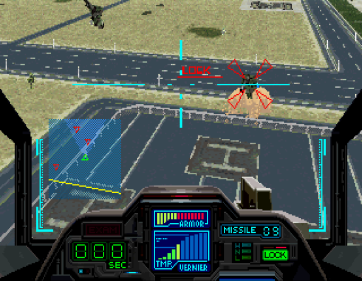 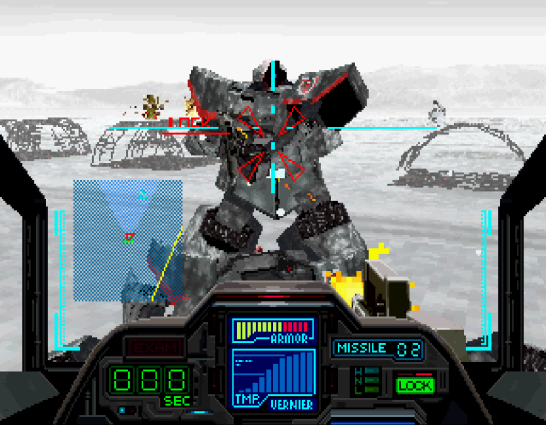 It was a pleasant surprise to find the graphics had been upgraded yet again, Sabakareshi Mono’s 3D models better crafted than ever before (in terms of both texture quality and, as far as I could tell, quantity of polygons too) and backed up by some fantastic attention to detail including snow (snow!), with matching snow-flecked and snow camouflaged enemy mobile suits to go with this new weather. As before this is not a jaw-dropping leap over what came before, no doubt due to the tight release schedule as much as anything, but it’s still a definite improvement.

Pre-mission briefings have also been given a quick polish, beginning with a new pretend boot up sequence for your catchily-named RX79BD-3 and your key directives now accompanied by unmissable “SHOOT THIS, STUPID” and “DEFINITELY DON’T SHOOT THIS, STUPID” visual messaging in addition to the more detailed radio talk the Side Story games have always had. It’s simple stuff but it’s also exactly what you’d hope to find in an enjoyable straightforward action game like this – to be pointed in the right direction at the earliest opportunity and then left to get on with it.

General combat and enemy AI seems to be virtually unchanged from the improvements introduced in Side Story II (bar one battle – more on that soon), and while it could be still be better in some unhelpfully nebulous way there’s nothing specifically wrong with what’s here and the mobile suits you face always put up a fair and thrilling fight. If anything I seemed to struggle more with the missions here than I did just about any battle in either of the previous two entries, although “struggle” is perhaps the wrong word: “I had to take mission objectives seriously and not dash off to hit things” might be more accurate – a lesson I learned the hard way during the second mission. This has you protecting various data centres dotted around the battlefield from incoming enemies, so I thought seeing as those data centres aren’t going anywhere the sensible thing to do would be to dash off and intercept whatever’s coming the instant it appears on the map and give them a good whack before they get close. That tactic, if you’re feeling generous enough to call it one, doesn’t work. The data centres are too far apart and enemies come in from all angles, meaning the only real way to make it through is to play the mission in the spirit it was intended to be played in, by sticking close by and making so much trouble for anything that approaches these sites they have to break off their destructive attack and come after you instead.

Now I’m sure that sounds as obvious as it does uninteresting – completing a mission because you did what you were told to isn’t exactly revelatory stuff – but considering the short space of time and limited means Sabakareshi Mono has creating scenarios that don’t work out for you unless you really make an honest effort to play the part you’re given adds a welcome challenge as well as some real jeopardy. 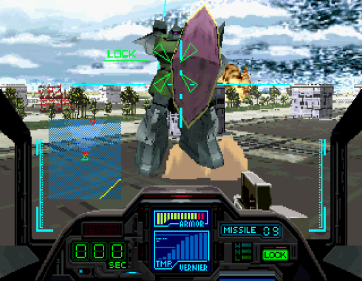 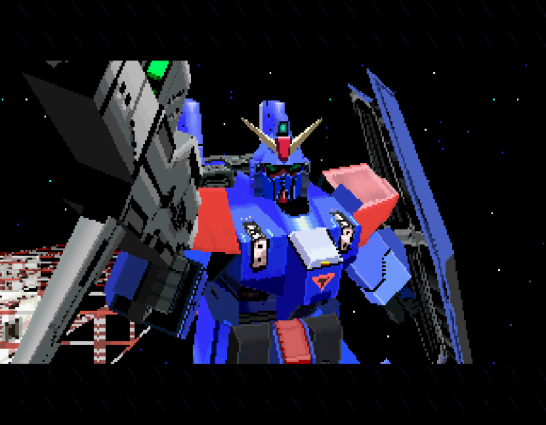 The closing stages are set in and around a space colony – is there anything more exciting than getting to pilot a big mech with a LAZER SWORD in a space colony? – with each stage throwing in something entirely new for good measure. And so for the first time ever we find ourselves not out on an open field of some sort but instead navigating tight corridors without a map (I should mention that most wrong paths here are so short they’re honestly more alcoves than actual paths, so getting lost is virtually impossible even for someone with my sense of direction), enemies often appearing too close from comfort and prompting frenetic bouts of melee range combat. This then gives way to the slightly surreal green grass, leafy trees, and fluffy clouds of the colony’s interior and the happy chance to finally do some significant property damage of our own – something that’s always fun when it involves blowing up things that don’t shoot back in a not-so-careful manner.

And the final mission… ohhhhhh THE FINAL MISSION…

It’s a one-on-one duel in space against the series’ nemesis piloting the only other superpowered blue Gundam in the game. Your EXAM system’s on (let’s summarise that as “stat boost with a deadly time limit“), you have fifty missiles at your disposal (that have about as much chance of hitting your nimble target as I have of piloting a Gundam made of jelly and built by hamsters), a beam rifle, and the jump button for this fight only is used to switch back and forth between two elevations – a simple and easily-understood adjustment that gives the stage a different feel to it without rewriting the rulebook for the last five minutes and spoiling an electrifying climax with a confusing new control scheme. 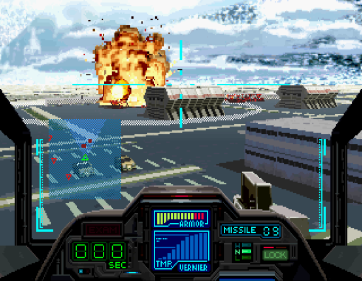 Clearing the game unlocks the now standard stage select feature as well as a mobile suit model viewer (sadly Side Story III models only, although you do have the ability to view their running and firing animations here too) and the “Simulator”, a rather plain description for something that throws you into a heated battle against the RX-78-2, AKA the Gundam everyone’s seen before even if they don’t know it, the one piloted by Amuro Ray, AKA the Gundam pilot everyone’s seen before even if they don’t know it, AKA the Gundam they made for real (kind of). It’s the equivalent of a Final Fantasy game throwing in a bonus battle against The Warrior of Light for a bit of fun; a chance to test your might against the biggest Big Deal in a long series’ history. If I put on my sensible hat for a moment it’s obvious this “new” feature is not much more than a respray of the final boss battle, but it’s still a smile-cracking bonus and incredibly exciting even for someone only as mildly aware of the wider Gundam universe as I am, and I’d be ecstatic if more games included “easy” extras like this.

The Side Story series has been a real delight. It’s an unusual early attempt at episodic gaming and one that somehow kept getting better as it went on in spite of the lightning-fast turnarounds demanded of its developers who were no doubt working hard even when all involved were acutely aware the series would have sold just fine on the name alone. It may never break into unmissable import territory but I looked forward to playing every single entry and always came away happy I’d spent time with them – and there aren’t many gaming trilogies I can say that about.

[I truly couldn’t have written this article without the generous support I received via Ko-fi. If you enjoyed reading please consider helping me out if you can! Thank you!]