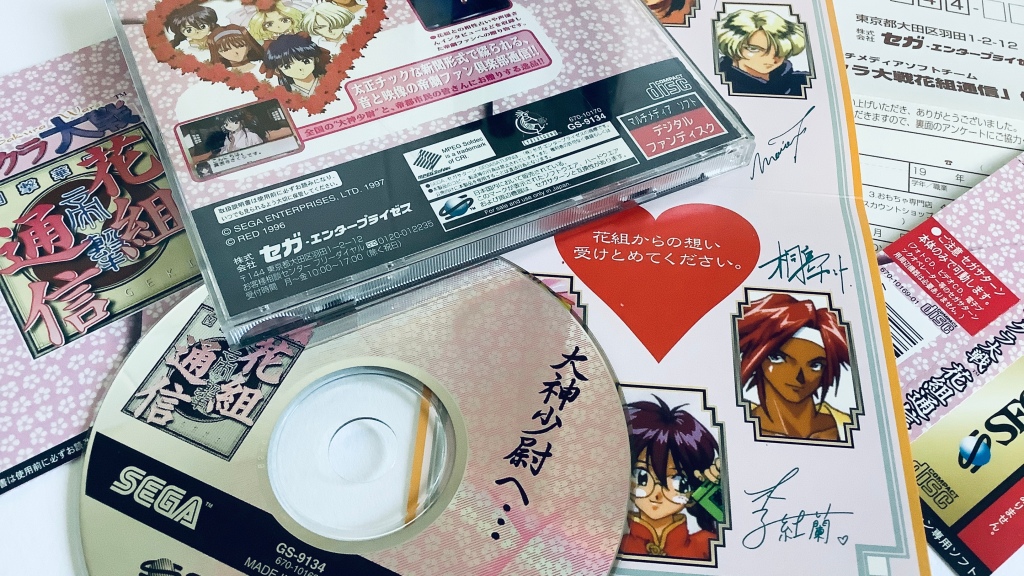 This movie card compatible disc, one that takes the trouble of stating in big red boxes that this is a digital fan disc and not a game, released on Valentine’s Day 1997 and came with a little card for “Ogami”, which when folded out revealed portraits of the entire (pre-Sakura Wars 2) Flower Division complete with imagined signatures – Kanna’s big and bold, Iris’ shaky and accompanied by a little drawing of her cuddly teddy Jean-Paul, Sumire’s striking and sophisticated, and so on. It’s also the series’ first dip into superfluous side-sale waters and frankly it shows, with much of the included “content” straight-up advertising other Sakura Wars products. It must’ve felt like a cynical slap in the face at the time (it doesn’t feel much better now), to have handed over ¥4800 for a new Saturn disc only have find yourself listening to the Wind Division enthusiastically talk about all the telephone cards and “mooks” (publications that aren’t quite as substantial as a book but also aren’t as ephemeral as a magazine) you could buy, right down to mentioning the publisher and recommended retail price.

Access to this content, such as it is, is neatly split into two, and chosen via a static LIPS box. Users are able to either read through the theatre’s multi-page newsletter or head up to the second floor and knock on the bedroom doors, each room tied to an FMV interview with the cast member in question. 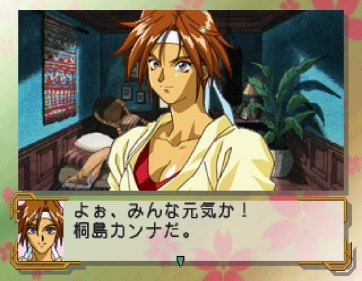 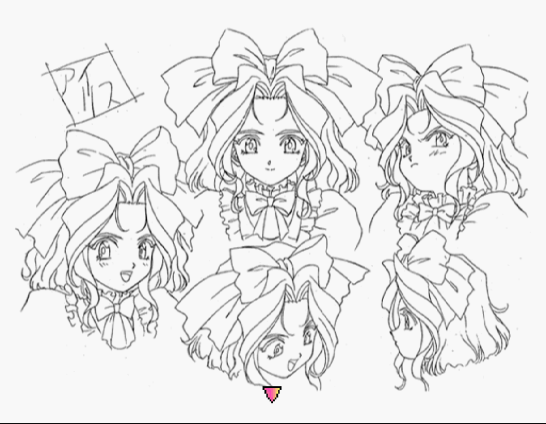 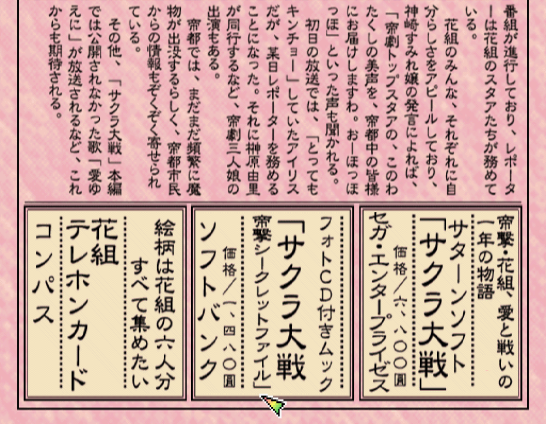 At least the presentation’s impressive. The newsletter is displayed as a three dimensional object complete with its own convincing page-turn animation, users then able to click on specific hot spots on the page to be taken to a readable high-resolution close up of the text or image, with further clicking either changing the (notably dithered) inset photo or bringing up relevant new content. Depending on exactly what’s been clicked you might be taken through to a series of full screen concept art, short one-sided conversations with a member of the cast (where you can learn adorable things such as Jean-Paul’s love of honey biscuits and Maria’s ability to make hot cakes), or a fourth wall breaking sequence where Sakura introduces a real member of the development team and then “responds” to their FMV clips as if she’s giving an interview. It’s all interesting in its own way but also a bit weird, never quite sure if it wants to give you in-character info or peeks behind the wizard’s curtain.

Slightly more game-y are the “Which member of the Flower Division would you end up on a date with?” questions spoken by the gang themselves, which determine who Ogami ends up on a short mini-event with complete with a new (static) piece of artwork for each young woman and new recorded voiceovers. There’s a music quiz too, although it again makes clear Hanagumi Tsushin was conceived to sell you more products than be enjoyable in its own right: You’re played a very short clip of a tune (not even a second’s worth of music) from the Sakura Wars Complete Vocal Collection album and then have to correctly guess which song it was from before the time runs out, with Tsubaki, normally in charge of the theatre’s merchandise shop, letting you know if you got it right or wrong. The clip played after as a “reward” is again a few seconds long at the very most, for fear you might spend less money if you could hear more. 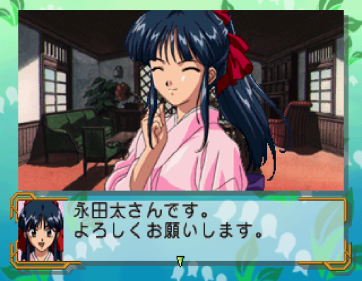 There’s one last option in the main menu – the chance to give Ogami a rest. Selecting this will slightly change the contents of the newsletter, offering conversations with different Flower Division members or perhaps a new set of concept art to stumble upon within its pages which only makes it all the more difficult to, for example, easily browse sketches of Kohran or listen to Sakura have a little chat about nothing in particular. It’s a real pity because many of these behind the scenes extras are at least worth a quick look, but the haphazard way you stumble upon it is far from ideal and when coupled with the disc’s rather hard-nosed love of commercialism you’re left with a package that at best is very easily outdone by everything that followed and at worst leaves you feeling a bit, well, grubby.

The Sequel To Success

Dating Games… Without The Dating?!

[I know I say this a lot but now more than ever this is true: This Sakura Wars Corner would not exist in any shape or form without the support I receive from the kind people who have donated/subscribed to my Ko-fi. Thank you everyone!]