Konami’s Cave Noire is a wonderful Game Boy-sized roguelite, just the sort of thing for those moments when you’re short on time but would still like to do something other than play another round of Tetris or whatever game the entire internet’s fixated with this week. Much like the equally brilliant Shiren this is a turn-based adventure; every enemy movement, every attack – even when it’s coming from capital-D Death – and every collapsing floor tile politely waiting until you’ve taken a go before they respond. And so every step is only taken after checking the position of every enemy in the room, your sword only swung after taking one last look at your inventory just in case this next move doesn’t go to plan. It’s “simple” in the same way (I can’t help but feel I’m breaking some forbidden rule by making the comparison) chess is “simple”: There’s a limited number of tools at your disposal and a clear set of unchanging rules everything must abide by, with the fun and the depth coming from learning how to best manipulate the current situation in your favour. 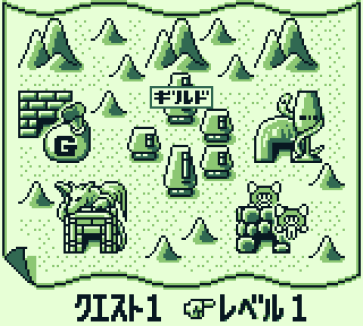 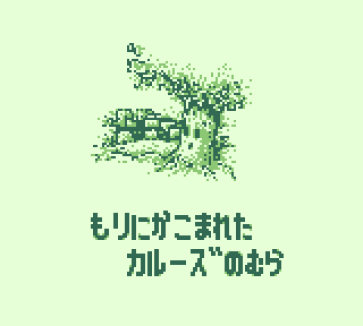 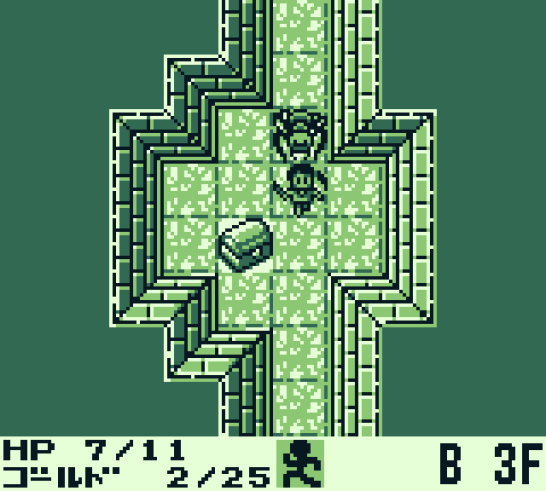 In keeping with Cave Noire’s board game-like focus on the playable experience you are no grand hero on an epic adventure or guided by destiny but a nameable male/female avatar (you can even swap and change these details back at the guild – itself just a glorified menu – any time you like without losing your progress) with four distinct kinds of quest to undertake, the goal of each significantly shifting your main target as well as the difficulties you have to contend with in each randomly generated dungeon:

Each quest type has ten difficulty levels to progress through, starting at 1 and ending at M[aster], each more complex and dangerous than the last (you choose the difficulty level of every quest, so there’s nothing to stop you breezing through an earlier and already cleared challenge if you just fancied passing the time in a Cave Noire way). Larger and more deadly enemies are added to the mix on the harder quests as well as items requiring a little more thought and planning than the more common Fire spells, defense-boosting shields, and straightforward healing potions you may find in the dungeon, success now determined by factors beyond whether you can hit hard or recover from damage. For example: Being able to summon a single boulder doesn’t sound like something you’d ever want or need to do, but when placed just right it can completely block off an otherwise powerful enemy and keep you safe from harm. To make sure you always have a fighting chance of surviving the looming unknown the lord of the forest – a large tree – kindly gives you four random but always helpful items from a limited pool of basics to start you off. 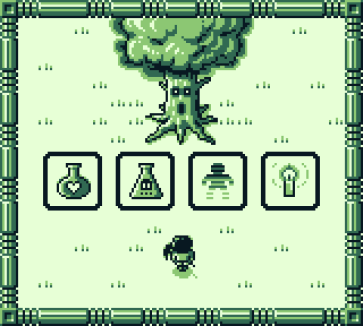 Understanding the unique movements of these dungeon denizens is another vital skill: Some can only move back and forth along a single horizontal lane, some endlessly circle the same four tiles, some will freely bounce around on diagonal paths, some may inflict poison – there’s always something to be wary of, and knowing the instant you arrive in a new room whether an enemy’s going to make a beeline for your position or keep to themselves unless you get in their way has a huge impact on your tactical decision making. Their size plays an important role too, as single tile enemies can often be quickly ducked past with some good timing but the larger two (such as tall trolls and broad crabs) and enormous four tile monsters – like a giant bat flying in a figure of eight motion – are much harder to dodge without getting caught in a fight you may not be prepared for.

Even the dungeons themselves, each quest type given their own special tileset ranging from dark caves to neatly built walls, can turn against you. The most common issue you’ll face is darkness, blank rooms filled with nothing but ominous pairs of eyes and you left to note their size and watch how they move to try and guess who’s waiting in the gloom and how avoid them. It’s possible to push back the shadows with a (single-use) candle if you’ve got one, hit a “Flame Eye” enemy if there is one, or carefully inch forward, the room slowly revealed in pieces as you push on. Rooms may contain weak spots in their outer walls for you to bash through, allowing you to carry on when it looked like there was no way forward – a question mark will appear over your character’s head if you’re within a tile of one of these weak spots so you’re never left running into every wall just in case there’s something there. It’s also possible to fall through holes in the floor, either on purpose or because the floor underneath your avatar’s feet suddenly gave way (a “!!” bubble appearing overhead gives you one chance to move before it drops), which not only adds to the worry but helps to reinforce the idea you really are travelling downwards through a single interconnected location. 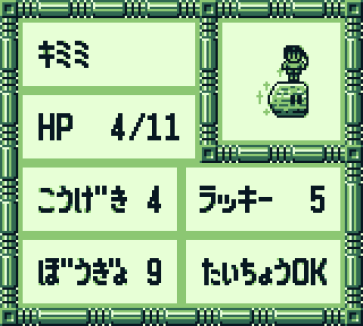 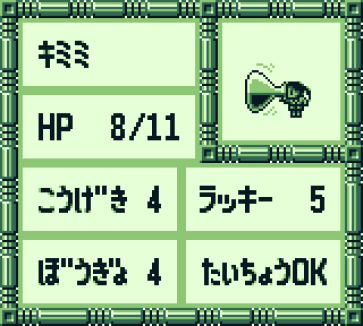 Considering this is a little one-off Game Boy game from 1991 (if a little context helps: This was the same year Street Fighter II launched in arcades and the lilac-tinted SNES first appeared on US shelves) Cave Noire’s packed with all sorts of brilliant graphical touches that add a lot of personality to what is in many ways a very rigid and rule-obeying experience, your little avatar making amusing “Oof” faces when they walk into something and merrily quaffing on comically oversized potions on the status screen to replenish their health. Their surroundings have been treated with just as much care, monsters of all sizes possessing just enough of a wiggle to make them look alive amongst the bubbling lava pits and animated waves of darkness. It’s a beautifully crafted and densely packed experience, every decision hanging heavy in the air even though a “long” quest will last minutes rather than hours. While roguelites are unpredictable by design – especially ones like this, forcing you to start afresh every run – here you always believe that between the tools at your disposal and perhaps a little luck you have a real chance to think your way to victory, Cave Noire always finding a way to look intimidating without feeling unpalatably overwhelming.

[Ko-fi supporters read this last week! Why not join them – and help make this site even in the process better too?]