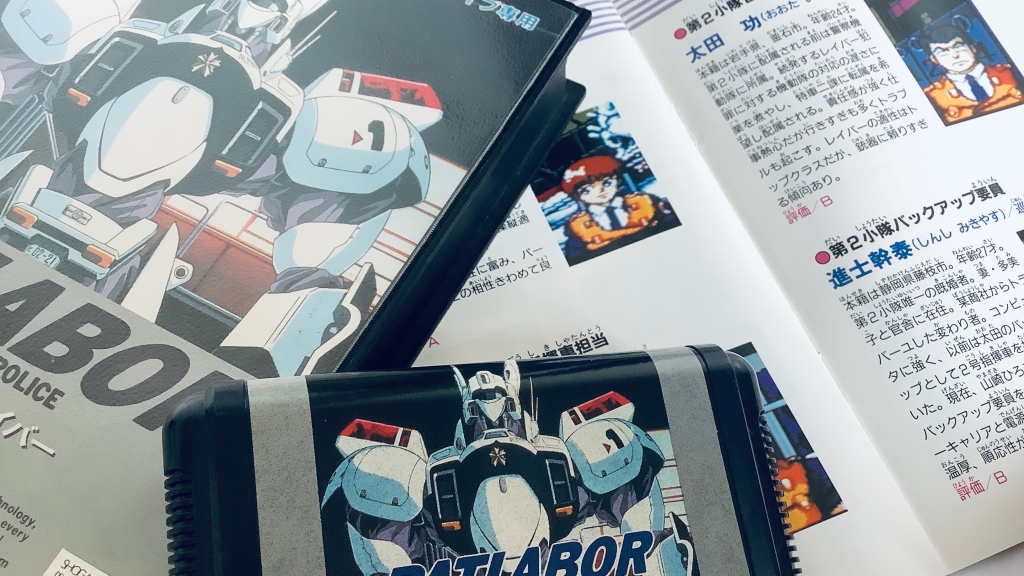 The back of the box states that none other than Mamoru Oshii himself was Kidou Keisatsu Patlabor: 98 Shiki Kidou Seyo!‘s director, although whether that’s merely eye-catching marketing bluster or a straightforward fact seems to be up for debate. The game takes the form of a traditional adventure game with look/talk/examine commands neatly laid out next to a picture window sitting over a painfully kanji-free text box, combined with some RPG-like walking around complete with random battles – I’ll get to those in a bit – to get you from A to B.

Unlike the later Super Famicom Patlabor game you play as neither Noa or Ota but an unseen self insert newbie, fresh and ready to pat those labors. What a great job this is going to be, getting to work alongsi- oh wait no there’s a coup going on, a pair of tanks are driving all over Special Vehicle Section 2’s lawn, and the building has been overrun with armed goons who never seem to do anything about Goto, even though he spends all of his time sitting in his unlocked office waiting to dish out telephone cards, play dice, and save our game. Who can stop this nefarious scheme? Is it the combined skill, bravery, and teamwork of SV2?

No. It’s us, Renamable Noface.

I’ll be honest with you – this game is not very good. 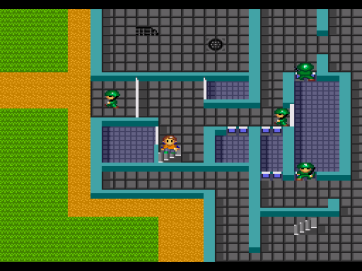 That coup – something that surely should be a shocking event that has a massive impact on everything you see and do from the intro onwards – lacks teeth, so much so that part of the story involves you ducking out to a local ramen place to chat with Shinobu, Sakaki, and Matsui before coming back with little effort to a building that’s supposedly crawling with armed troops.

It’s also a building that lacks the personality of even a basic 8-bit RPG, portraying everything from office space to rooms packed with hi-tech equipment as nigh-identical empty boxes. How can you tell which room’s which? You can’t. You just have to memorise them through some tedious trial and error. What’s especially odd is that the developer, Ma-Ba, went to the trouble of making a quietly impressive visual effect when you’re on the upper floor, giving you a peek through the gaps to the level below, but didn’t even bother to – just to pull one basic “They really could’ve managed this” possibility out of thin air – make the floor tiles of permanently inaccessible rooms a different colour.

Worse still are the random battles that plague your walks. They’re almost comically frequent even when you’re disguised in the enemies uniform, and always pointless. There are no levels to gain, no strategy at all to them (hit them, then hit them again – or maybe run away), and the instant any single character loses all of their HP the game ends and you have to restart from your last save point. It’s possible to replenish your health with one of Hiromi’s tomatoes, although as you can only carry one at a time and the vegetable patch is a fair way away from anywhere you really need to be, getting over there to pick another feels like a punishment in itself. Oh! There is one labor-on-labor battle right at the very end of the story, although the entire event can best be summed up as “Oh so I guess that’s over then” as it lacks any spectacle, satisfaction, or skill. 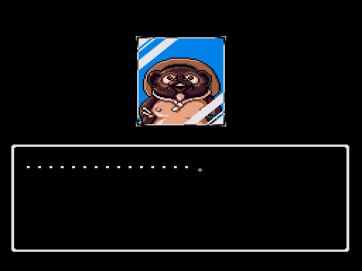 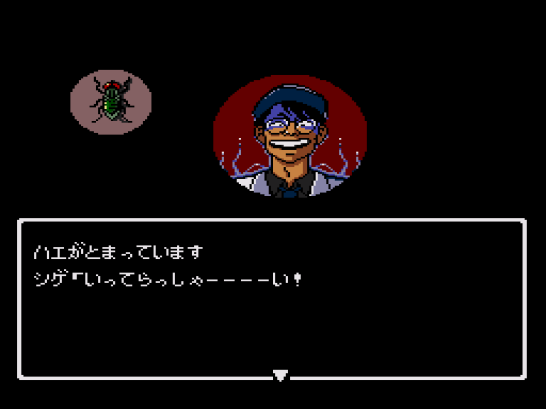 All of this could have been forgiven if the adventuring itself was up to scratch, but instead we’re subjected to an ineffectual tangle of unforced errors.

On the more practical side of things, there’s the big problem of items not always vanishing when you no longer have any use for them, which can lead to confusing situations where you’re not sure if you’re not making progress because you haven’t got the right object with you or because you’ve failed to make one of those odd adventure game leaps of half-logic the genre occasionally asks of its players. The only solution in these situations is of course to try everything everywhere and pray you trigger some new dialogue somewhere before you run out of patience and start gnawing the controller in frustration. Another are the various game over scenarios you can run into, most often by picking the wrong one of two choices (although is it really a “choice” if one option kills you off?) although in the case of the climax you can trigger this by forgetting to do one thing before another, which leads to a truly unwinnable scenario.

At least the cast do generally feel in keeping with their animated selves when you speak to them, but your position as the driving force behind the eventual de-coup feels unearned. Even as a fan who would love to spend a day stomping around in an AV-98 Ingram I never felt like I was working with the cast the way I did in Silent Möbius: Case: Titanic, only bumping into them along the way. The extremely limited character art – a single static image per person – only exacerbated this issue, as I ended up talking to a load of people I know for a fact can kick butt eleven different ways before breakfast standing in one pose, some of them literally in one room all game long, and it made them look silly. 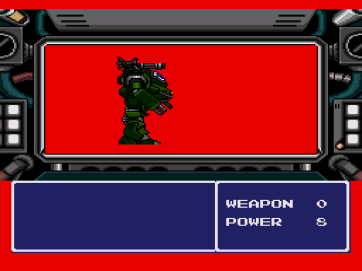 There are also some deeply misjudged attempts at humour too, and unlike the SFC game’s pig-catching mission, which was absurd in a “Just another day at the office, right?” kind of way, this comes across more as “Why are any of us wasting our time doing this?“. Early on Shige will temporarily lend you one of four different outfits – a tanuki costume, an astronaut’s suit, a horror movie style hockey mask/chainsaw (!!) set and a panda outfit. They all change your battle stats in different ways while you’re wearing them (with the panda costume being such a detriment you’re basically asking for a game over and the tanuki suit being a huge help) but, well… the coup, remember? The infinite supply of guys with guns crawling all over the place?

Later on there’s a (non-interactive) hang gliding event, a brief ripoff of The Fly (seriously – and also non-interactive), and then you’re made to walk through a dungeon located beneath SV2’s chicken coop – a labyrinth so nightmarish it makes those final teleporter-laden squiggles of maps saved for the finalé of various 80’s RPGs look reasonable. There’s no map. It’s set across multiple floors. You have to fight cats, rats, and crocodiles while you’re down there. You constantly run into dead ends and painted-on doors that’ll never open. And it’s so dark you’re never allowed to see more than two tiles away in any direction.

I will never, ever, go back there.

At least this Patlabor game’s a short one, so long as you can suffer through the dungeon section without tearing your hair out or feeding your Mega Drive through a wood chipper. It only takes about three or four hours to get through from the beginning to the end – it’s just a shame not much of it’s any fun.

[This site runs on Ko-fi! Much love to everyone who helps make honest looks at old games like this possible]