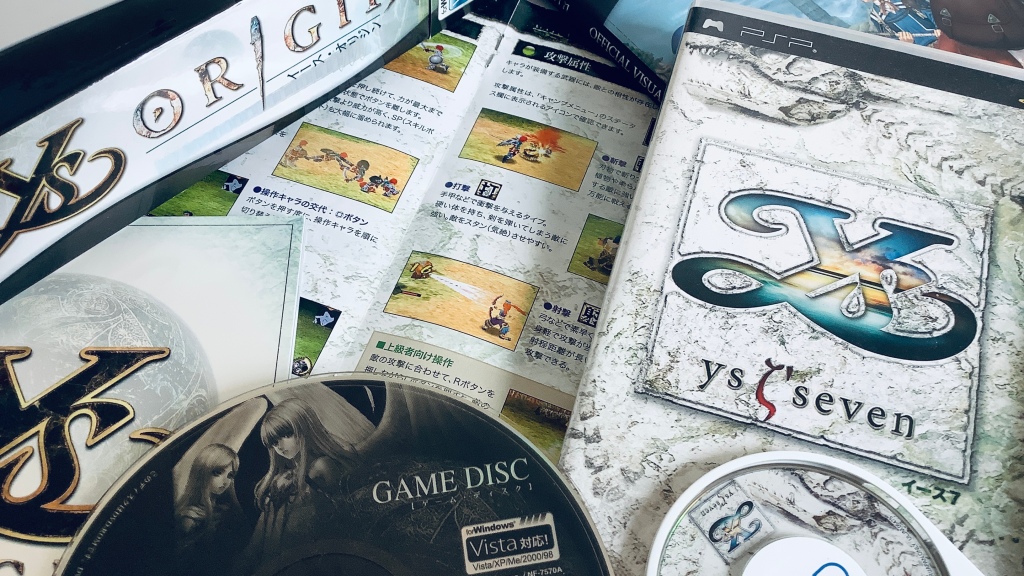 Look, I’ll admit it – when Ys Seven was in its teasing pre-release advertising phase I didn’t like what I saw at all. Why has the artwork been changed? What’s this about a party system? And there’s no PC version at all? Seriously?!

Whatever this made-for-PSP Ys was going to be, it sure as heck wasn’t going to be much like the Falcom-branded PC-based action RPGs I’d fallen in love with.

It was a dismissive point of view that conveniently ignored the fact this was far from the first time Ys had received a dramatic upheaval – the transition from II to III (side scrolling) to IV (which had no official Falcom-made version until Celceta appeared on Vita) to V (SNES) to VI was hardly smooth – but surely there was no denying that Seven had chosen  for some bananas reason to throw out the effective and highly successful style they had been using at the time in favour of something new and different.

The instant Ys VI: The Ark of Napishtim arrived it was clear Falcom had found a formula that suited the series, the genre, the developer… everyone! The mix of 2D characters and 3D locations looked fantastic without taking years to develop or using up every last penny Falcom had in the bank, and because much of the fine detail was pre-baked into those flat sprites they ran well even on modest hardware too.

So perfect was this particular engine Falcom ended up using it in a whole range of major releases around that time period, from further Ys’ to no less than five games in their now world-famous Trails of… series.

So why did Ys Seven decide to change it all, to bulldoze everything from the general presentation to the very foundations of Adol’s solo adventures? 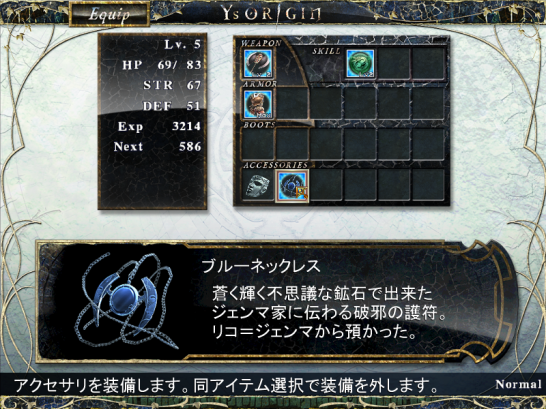 The simple truth is it didn’t do any of those things. Ys Seven was simply the natural next step in a sequence that had already been put in motion years earlier, I just hadn’t been aware enough – hadn’t been open enough to the possibility the Falcom understood what they were doing – to un-twist my knickers and realise what was happening at the time.

Ys Origin is the final game (and now the most frequently ported one) in a trio of superficially similar titles – the other two being The Ark of Napishtim and The Oath in Felghana – and to my eyes was as unremarkably Ys-y as any other game in the series. Of course it’s Ys! Look, there’s the name on the box, and all the little people running about, and characters with the same name as some books I remember picking up in a very different game years and years ago, and… uh… y’know, other Ys stuff like… um…

Once you start really looking at it, Ys Origin is actually a very un-Ys-y kind of Ys.

Most of these changes were successfully obscured at the time thanks to familiar presentation combined with a story about Ys’ twin goddesses, as well as frequent references to the Facts, Genmas, Black Pearls, and all the other well known people and places of that titular ancient land. But what really made Origin feel so unquestionably authentic was the confidence it had in its changes. Adol, once the only reliable constant throughout these decade-spanning adventures and so iconic other Japanese computer games at the time sometimes copied his red-haired look, was entirely removed outside of a guest appearance in a bonus mode that didn’t even exist when the game launched back in 2006. This adventure belonged to Yunica, Hugo, and Toal and no one else.

Every single one of these playable heroes break what were once the unbreakable rules of Ys, and Origin makes no attempt to provide a comfortable Adol-like replacement for series veterans to embrace in nostalgic relief. Ys Origin is Ys, even if that means Ys has talkative lead characters with unique play styles, plot-relevant unlockable extras, one location, and its shining hero has vanished. 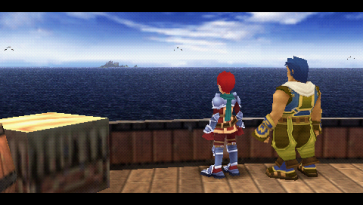 Just as Origin used the “safety” of what was then Falcom’s house style to sneak in an adventure that was actually very different from everything before it, Seven chooses one recognisable aspect of Ys – the previously missing Adol (arriving on a boat, no less) – to focus on, and then merrily builds an entire world of new around this fixed point.

And that means the first impression, even for someone like me who once winced at the thought of experiencing this terrifying strand of change, is of a game that feels fresh and new. There’s never a moment you believe Falcom were awkwardly trying to modernise an established series because they were afraid of being left behind, throwing buzzwords at a wall and hoping something would stick. Every change here has a clear purpose, every decision has been made with care. It’s different, yes: there are new battle mechanics to learn, a new crafting system to gather materials for, and there’s a sense Seven shifted its priorities more towards the “RPG” part of “Action RPG” as the opening prefers to spend some time immersing you in the story than throwing you sword-first into a bundle of enemies, but everything in here is always Ys.

Oh, and that alarmingly new party system? That’s all Origin’s fault. If that game proved anything, it’s that Ys could be both good and popular without its red haired hero constantly at the helm – without a hero who used a sword, even. Why wouldn’t Falcom embrace a positive revelation like that? What sort of fan wouldn’t be overjoyed to learn this legendary series was smart enough to spot a good idea and then seize it with both hands? Even the new dash/roll dodges, special skills, and the flash guard system are really just more defined versions of the joyously kinetic tactical action frenzies found in the previous three games – all of them “real” Ys games – and in play it’s clear the series’ reliably thrilling combination of gleefully whackable small enemies and more challenging boss fare remains much the same as it ever was.

Even the characters, now fully 3D modelled and more decoratively accessorised than ever before, follow Seven’s spirit of being the same in a whole new way. Those adorably short sprites of old may be gone for good, but the polygons that replaced them are aiming to be expressive, rather than realistic. Look at how Adol’s contrasting colour scarf flows behind him, emphasising his forward lunges and big swings. Take in the deliberate blockishness of Dogi’s “all muscle, all the time” form, or the way Aisha’s big pantaloons are given a sense of triangular completeness by her small hat in a matching blue. They’re all artistic creations, not lo-poly humans.

Ys is famous for a lot of good reasons. It’s debut forever ago was a truly defining moment of the action RPG genre – no, the entire hobby – and one whose ripples can still be felt today.

But the reason Ys has remained such an iconic series has nothing to do with who happened to get their name in the history books first. Ys is iconic (and alive) because Falcom keeps making sure the series has games like Ys Origin and Ys Seven in it, games that are proud of the entries that came before them while still seeing the future – seeing change – as a precious opportunity, rather than something to be feared. Ys is still an ongoing project, a continuing adventure for developer and fan alike – and just like its red-haired hero, Ys never forgets to keep a record of its past experiences close to hand.

[I couldn’t have created this without the support I receive through Ko-fi! If you’d like to help out too, click this text!]

4 thoughts on “The same in a different way”