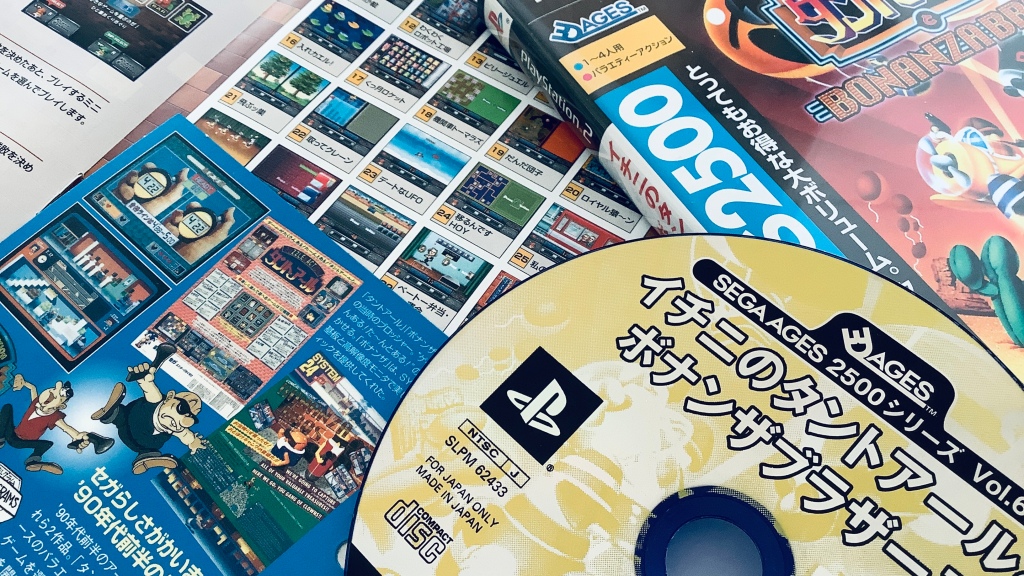 From an outsider’s point of view Sega Ages 2500 Series Vol.6: Ichini no Tant-R to Bonanza Bros has the distinct whiff of OK SO THAT DIDN’T WORK BUT DON’T PANIC I’VE GOT A NEW IDEA about it. There is a conspicuous lack of 3D in this 3D AGES game. There are no new gimmicks, no well-meant attempts to graft extra levels onto an existing game, and no unnecessary stories shoehorned into an arcade classic. Oh no, not this time. This time Sega Ages 2500 is delivering only and exactly what it says on the tin: this is Puzzle & Action: Tant-R and Bonanza Bros. on one PlayStation 2 disc, and nothing more.

Well… apart from a few small graphical upgrades here and there.

It might take some time spent looking at the arcade originals (not included on this disc) to notice , but the graphics for both Bonanza Bros and Tant-R have been redrawn from scratch – a cute Ages series reference here, an extra window there, a few subtle alterations to the brilliantly faux-3D shading and so on. There’s more colour and detail found not just in every scene but in every single object and yet no matter what’s been added, it always perfectly captures the spirit of the original, every new thing so well integrated you could easily believe it’s always been there. In fact the work here is so flawless it almost feels defiant, a pointed reminder that the staff working on the 3D Ages label have always been talented – a bad team doesn’t end up making something like Phantasy Star after all – they just need, as anyone does, to be given the time and the money to do the job properly.  I honestly wish more retro remakes had their graphical upgrades handled as well as this disc does, the end result is just that good. 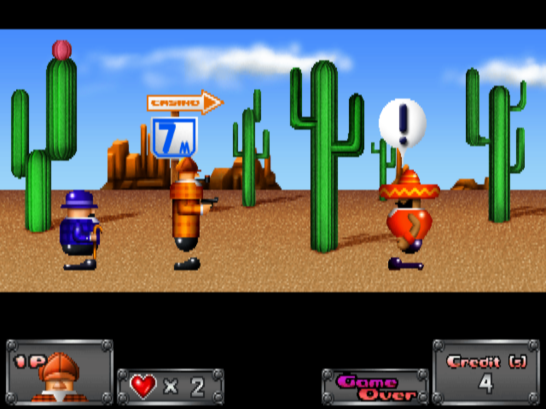 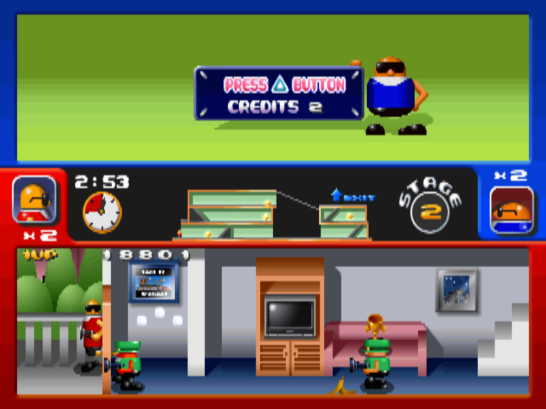 The two games in this pack are politely kept apart by a simple menu – perhaps another sign of this volume’s more cautious approach to revamping older works – with thankfully no attempt made to fuse the two into a jaunty new whole. Bonanza Bros – which much like Zillion, Dynamite Dux, Quartet, and a slew of other perfectly enjoyable early Sega releases I would say sits in the general gaming consciousness somewhere around “A game that existed” level – remains an inventive pleasure to play. Diving behind cover and then waiting for guards to look the other way, trying not to kick noisy cans, and using the map in the middle of the screen to plan an efficient route to the goal… its unusual mash-up of cartoonish action and really quite detailed stealth mechanics is a joy just to interact with in any decade. Between the comedy rakes to avoid treading on, the sleeping guards, and the extravagant escapes via blimp the act of swindling people of their valuables always feels more like honest mischief than an armed robbery, with being able to open a door in a guard’s face and send them flying towards the back wall with a satisfying splat the icing on the (stolen) cake.

Tant-R is perhaps most honestly described as a milder version of the wacky grab-bag minigame formula Bishi Bashi would go on to perfect a few years later, Sega’s biggest mistake with this 1993 arcade title arguably being the way they insisted on tying the deliberately unpredictable action – a series of entirely unrelated minigames involving anything from top hats, frogs, and numbers to rocket ships and pencil sharpeners – to a definitely-not Sherlock and Watson duo chasing after a bunch of criminals. Attaching these varied games to one particular “story” (especially one that really doesn’t mesh well with the gameplay) only sets these two elements against each other; it would have been better to either lean into the “anything goes” mood with a colourful cast of Sega-style characters (I’m thinking of something akin to Power Drift‘s racers here) or go the other way entirely and create some corny detective-themed games – avoid the spotlights, pick the matching pipe, identify the suspect – to match the chosen setting instead.

None of this is helped by the lack of CPU replacements for any missing human competitors in either the story or multiplayer modes. Now this was also true of the arcade original, but at home it feels like an obvious gap that could’ve been filled in for this re-release: especially as the “other” game in a budget collection of retro titles and shorn of its colourful arcade setting, Tant-R feels a lot like a party game with no party, and that only makes its frequent use of frustrating little twists on odd one out spotting or tile matching games too obvious for comfort. 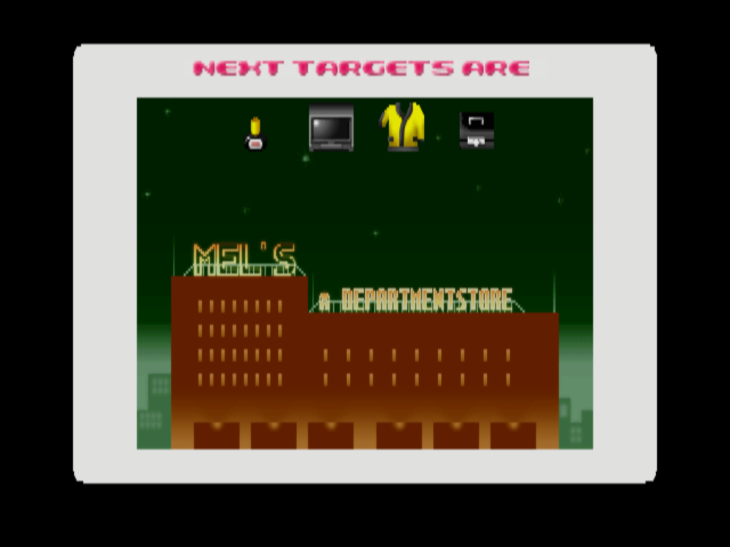 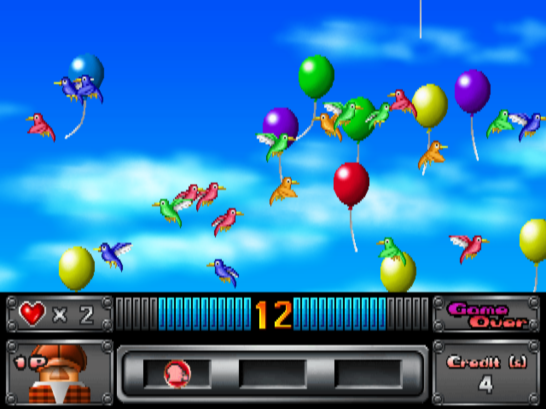 In many ways though my various gripes about Tant-R are largely irrelevant, because Vol.6 of Sega Ages 2500 manages to achieve something that would be remarkable no matter which games were on the disc: it gets this floundering series back on track. Once again we have two older “B-side” arcade games capably ported to what was at the time a mainstream console and released at an affordable price, and the upgrades performed on them have clearly been done with great care and only after paying careful attention to the source material, preferring to err on the side of caution rather than shoehorn in novel ideas for the sake of fulfilling some unseen quota of newness. Simply put – the initial promise has been kept.

But better still someone out there working in Sega-dom didn’t just want the Sega Ages 2500 series to be profitable – they wanted it to be successful, to bring old Sega to new consoles in a way we could all be proud of.

More releases like this – if (and at this point it’s definitely an if) the series can keep it up and not slip back into bad old habits – can only be a good thing.

[No Ko-fi support, no Sega Ages 2500 Series articles! Thank you everyone for your help!]